Exclusive to Target Walleye, from Shane Hastings, who recently won the $100K Cup with brother Stacy:

> “We were working the breaklines in the North Saskatchewan River from the channel up to the flats.”

> “We were using live bait rigs with leeches for the most part – at times jigging on the flats when marking fish.” 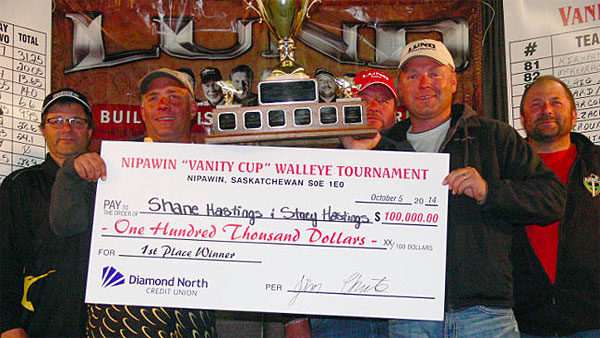 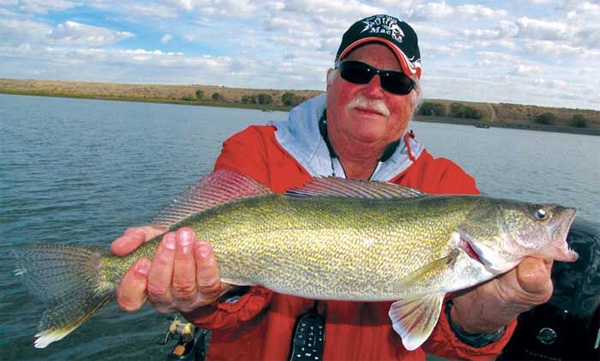 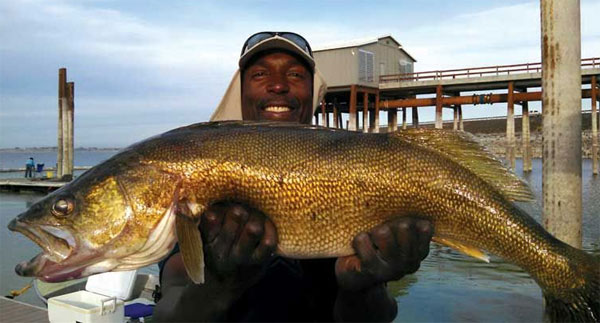 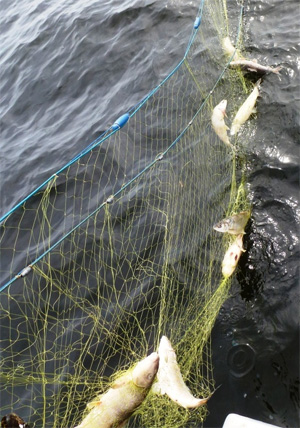 > Nipissing First Nation Council…chief Marianna Couchie says the decision came down on the weekend to shut down gill netting on the lake until the spring….

> “It wasn’t my decision it was a council decision. We were following the intention of the community members – they were concerned about the depleting numbers of walleye.”

Hope the MN DNR is listening!

> Hansen says the next step in the project is an adaptive management experiment…with some lakes regulated for restricted walleye harvest, higher bass harvest, and getting stocked with large fingerlings. 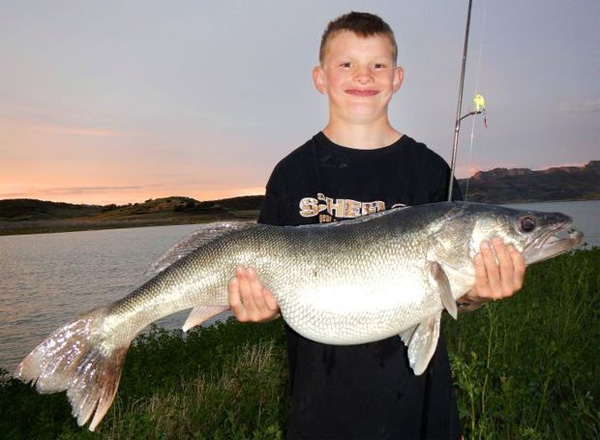 > …topped a record he set three years ago in the International Game Fish Association’s Smallfry division.

> …measured 32 inches long and was caught [this May] while fishing near Fourchette Bay, along the northwestern shore of Fort Peck Reservoir.

Smallfry = 10 years old and younger. Beats walleye record in the junior division, the next level up, by 2 lbs.

1. MN: Yearlings up on Mille Lacs.

> “It appeared they survived better than they have for about the past four years.”

> Some of the biggest walleyes of the year are caught right now. Fewer fishermen, no pleasure boaters, no delays at the launch ramps, no race for the hotspots, and biting fish make this the perfect time for dedicated walleye chasers.

> Jigs and rigs with big minnows are a favorite tactic, but trolling cranks also produces, and fishing vertically with Jigging Rapalas and spoons are another sure bet.

> Walleyes can be much deeper than normal – the walleye held in this photo by Mark Langer was caught in 55 feet on Gull Lake. 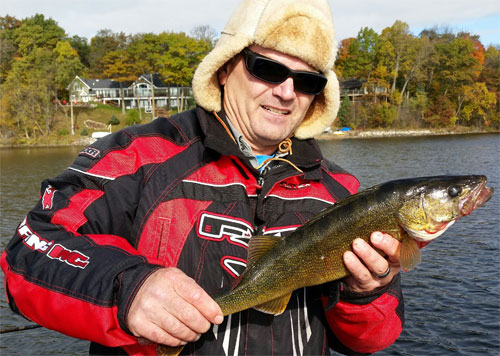 Our fave line: “Miss Piggy was waiting for Kermit the Frog.” 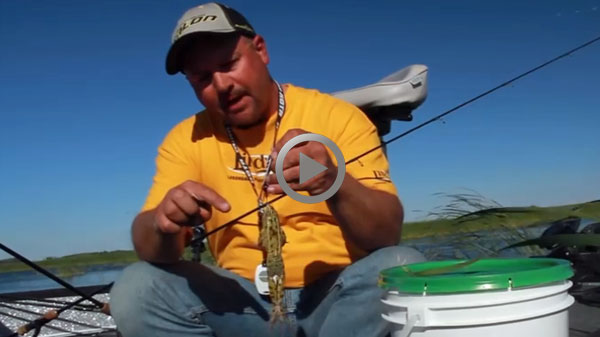 As fishermen, we don’t remember how many times a fish made us look stupid.

> We don’t need to because we all have friends who will remind us….

Not this fat zander… 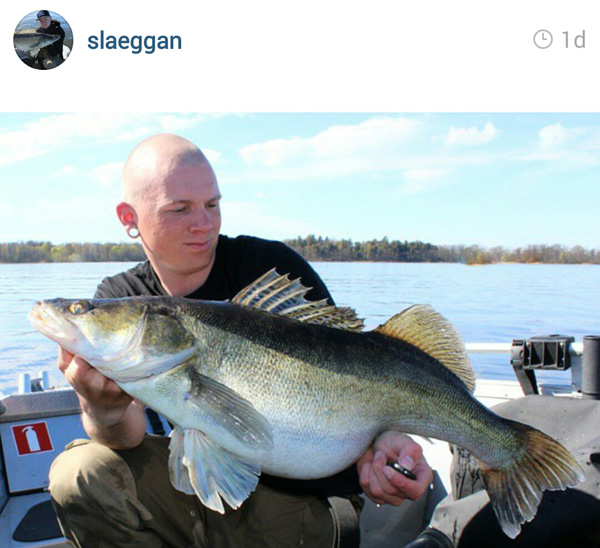 Not this GIANT musky… 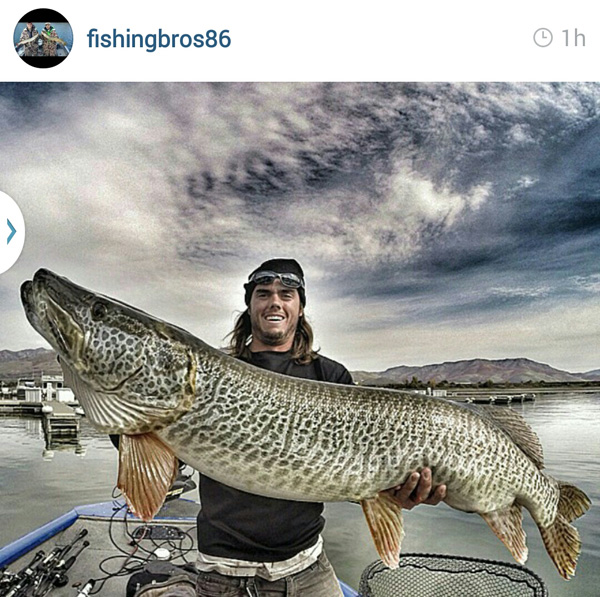 THIS is our shot of the day – awesome! 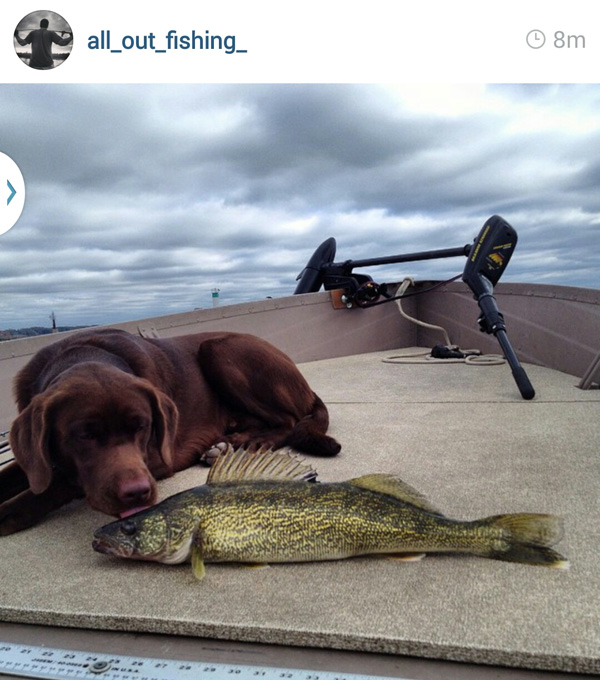