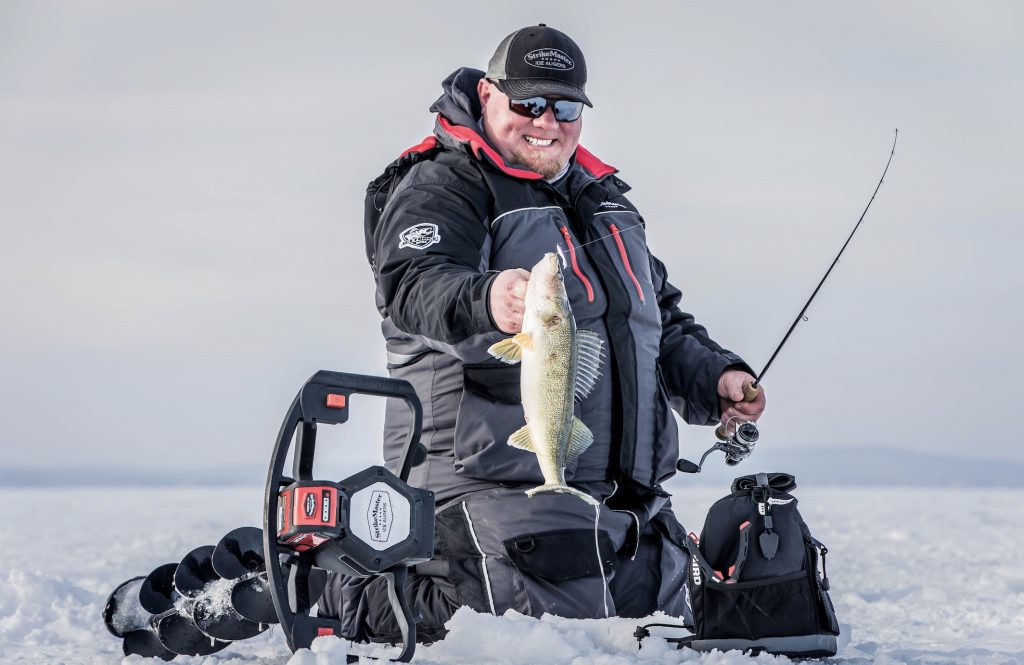 Early ice is one of the best times of year to chase walleyes — and no doubt jigging ’em up through the hard deck is always a treat! Here’s how walleye-hunter Brad Hawthorne finds fast walleye action after the first freeze and go-to baits/setups he won’t hit the ice without:

When lakes lock up, Brad starts looking for walleyes on structure near the first break, targeting 18-34′ (the deeper, the better). But as soon as safe ice builds further out, he’s off to the mud flats…

> Hawthorne: “The mega schools are out in the mud. That’s where we head as soon as it’s safe. Before then, we’ll fish first break rockpiles.”

Believe it or not, he says structure often takes a backseat — new technology has changed what he’s looking for. Using his Humminbird Mega 360 Ice Adapter kit, he wants to see walleyes under the ice before he sets up shop.

> “If you fish where the fish are, you’ll catch them. I always use my electronics to mark fish before I start fishing. I’ll drill a hole in the middle of nowhere and throw the Humminbird 360 down. If there are fish around, we start fishing. Otherwise, we keep hunting.

> “360 has changed what I thought about walleyes…. They’re not just sitting on the bottom. Walleyes never stop moving. You can see the walleyes establishing a trail — the line they’re working…how they’re moving through the area and how they’re using the structure. After so many repetitive times of seeing a walleye come through within 10′ of an area…tells you where to set up. Literally only have to drill one hole with this system to establish that…watch the screen, then drill your holes accordingly. Not spending any time turning the unit around looking for fish…it’s automatic…constantly scanning.”

Man, that’s wild. Almost like he’s picking a location for a deer stand on high-traffic trails….

Case you missed it, Brad posted a reeeeally in-depth video on exactly how he sets up his Humminbird MEGA 360 for ice: 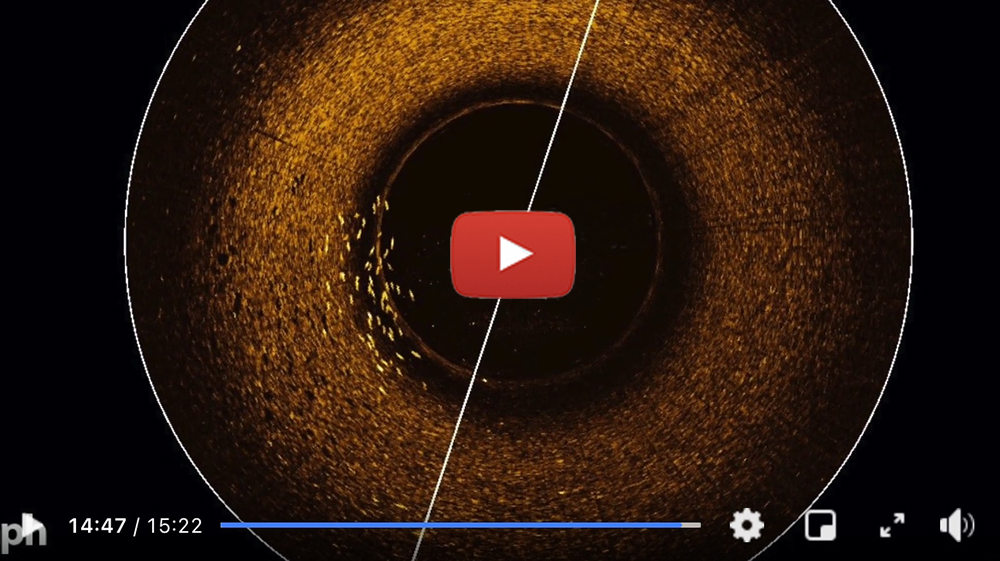 Hawthorne fishes exclusively with the Tuned Up Custom Rods Commander 36- to 40-inchers for open air, or the 30″ to 32″ Power Precision when he’s “stuck” inside the shack. He runs 6-lb Sufix Advanced Ice Mono — ‘cuz it has very little stretch and low memory — tipped with a couple feet of a 5- or 6-lb fluorocarbon leader since it’s basically invisible.

Slightly up-sizes his treble hook to a #8 VMC (9650) Round Bend Treble Hook. Tips his spoons with pieces of a fathead minnow, and also fishes set-lines with a live fathead or shiner for bonus bites.

> “Swapping out the treble hook is the key for spoon fishing. It creates a better flutter and you’ll never lose fish on it. Anytime I swing and miss, someone will ask ‘did you change the treble out?’ And the answer is always no.”

He legit calls it the “best ice-fishing treble hook ever made,” so I’ll be adding ’em to my cart lol. He said the #8 size is the best “across the board,” and that the #6 makes a pretty big jump up in size, but one you might need for some Rapala Rippin’ Raps and big-profiled spoons.

Bite patterns vary. First light and evening are usually reliable, but they can be accompanied by a ferocious afternoon bite (which can sometimes cool the evening bite). Brad consistently finds walleye within 4′ of the bottom. From there, it takes some fine tuning:

> “You have to figure it out in the moment and listen to what the fish want. Sometimes it’s a fast cadence, sometimes it’s more subtle. Sometimes they want it tipped with minnow heads, other times it tails.”

And do NOT forget to add a tiny swivel 2′ above the spoon to prevent line twist — keeps the spoon from spinning and scaring off picky-eaters:

> “It’s amazing how many people don’t use one. It’s so simple, but so important.”

With his electronics charged and his swivels at the ready (lol) Brad will be chasing walleyes at every opportunity as soon as safe ice arrives.

> “This is peak walleye season, period. There’s no better time of year to catch the big ones.”