If you’ll be celebrating All Hallows Eve with the kiddos — or you’re a big kid at heart — send in those pics of your fishy Halloween costumes! Here’s a few faves we’ve seen floating around the interwebz:

1) Someone let Sylvianne Thibault know that’s not how those old chain stringers work: 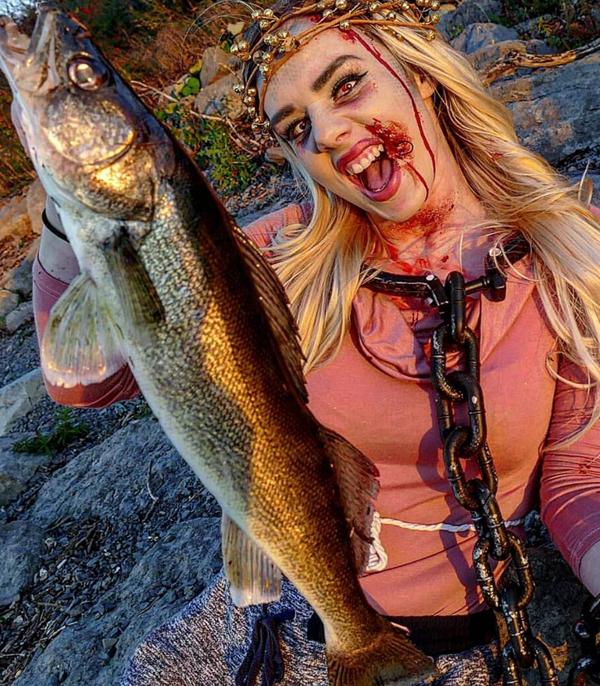 2) Looks like this kid can already outfish some of us…and hey, if he wants to drill the holes then he’s invited every trip lol: 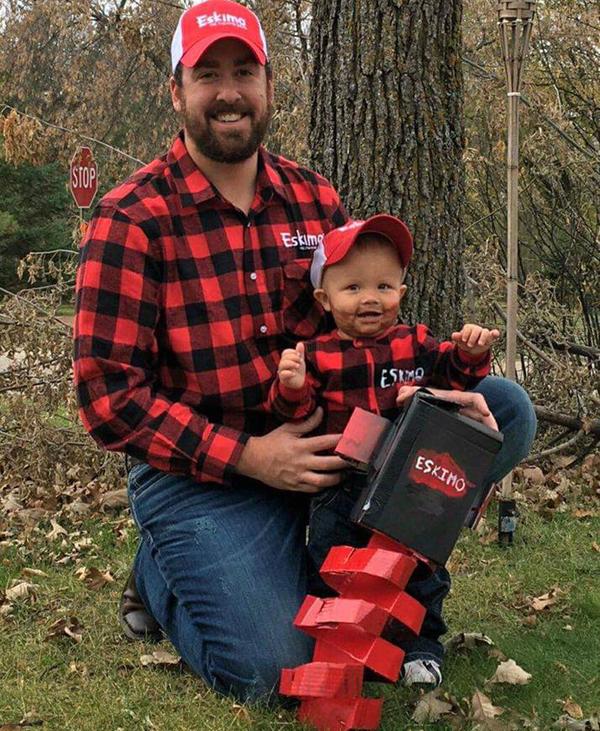 3) Guess Trevor Davies does sometimes catch normal-size fish, but only when he’s horsin’ around. #FishSammies 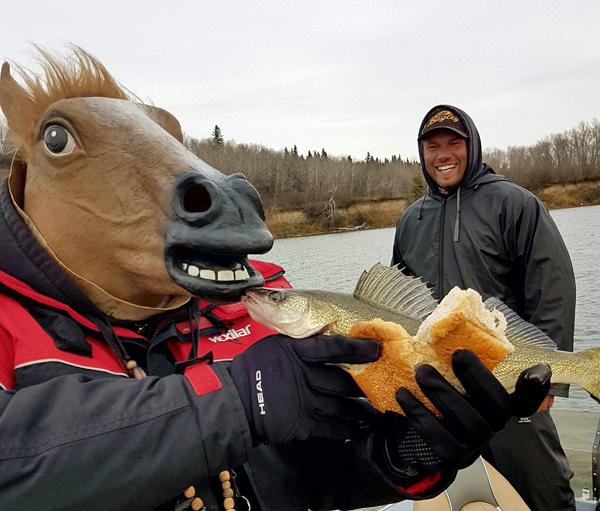 4) This wally had to get a look for himself at what was going on up top. Kind of looks like fishing guide Jarrid Houston gets his hair cut at the same place the Wolfman does: 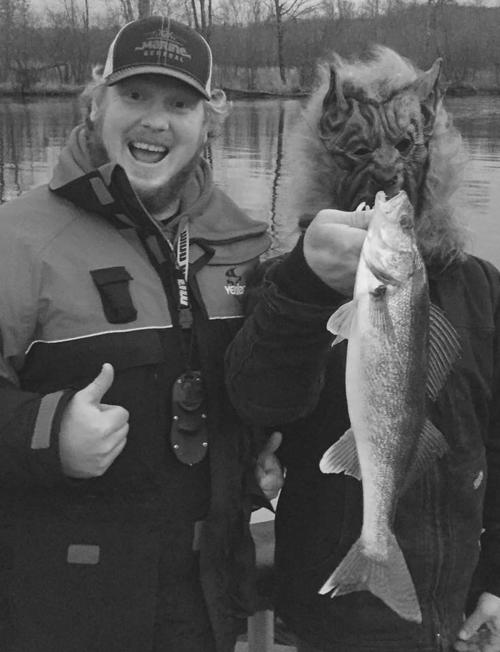 5) Those scary clowns are popping up everywhere — at least this time it was Halloween. Kind of funny that Fish Mark’s got the same smirk the ‘skie does: 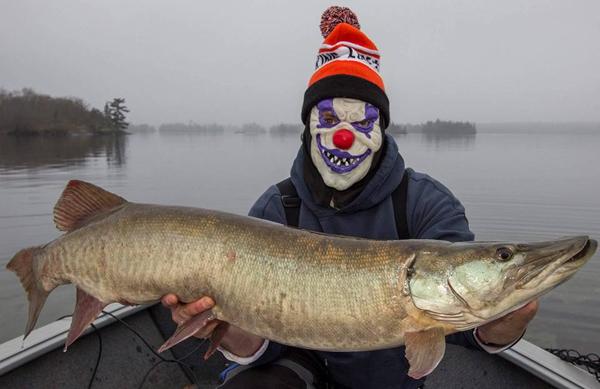 6) Owen is the proud owner of his first Lund boat. Love it buddy: 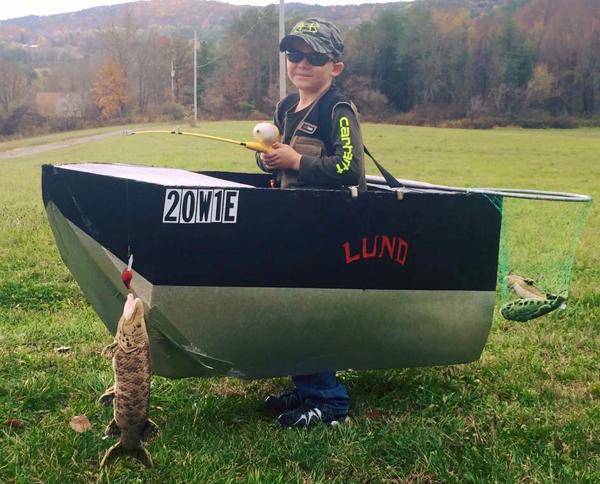 7) Owen’s ^ younger brother Levi isn’t old enough to run a motor yet, but that won’t stop him from hopping in the canoe to wet a line. #ParentingDoneRight 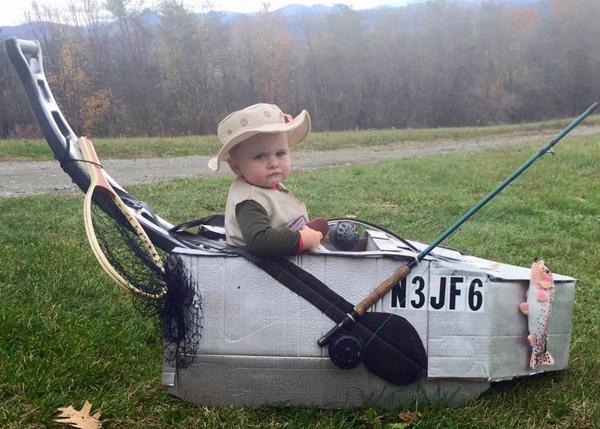 8) Carl Gretenhardt caught himself a fat little bluegill. Looks like a keeper!

9) NWT pro Max Wilson pulled out the tricks to catch this treat: 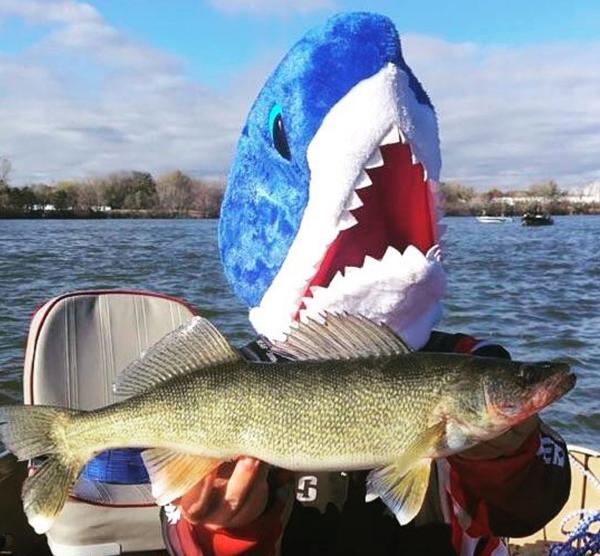 10) Dustin Pearson made sure he had some “dad candy” out as well — though it looks like he already picked out all the Rapala Jigging Raps lol: 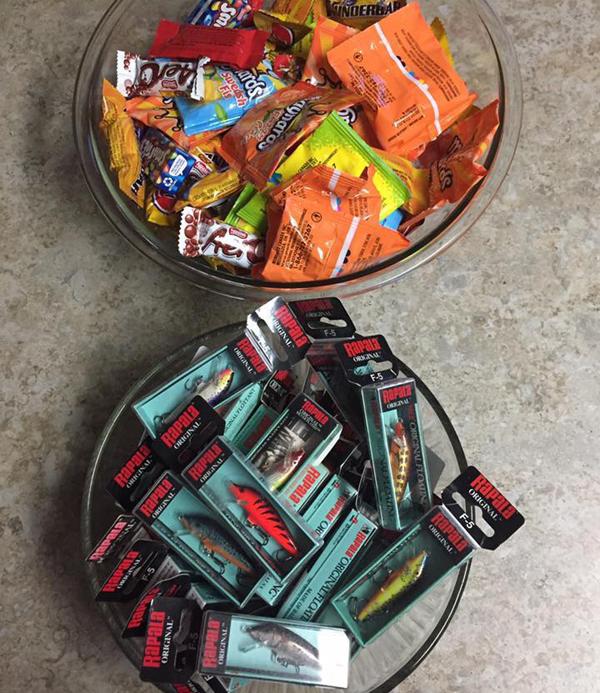 11) Not sure if this one makes a better Halloween costume or business opportunity…. Either way Kaine Navarro is #winning with his fishing vending machine: 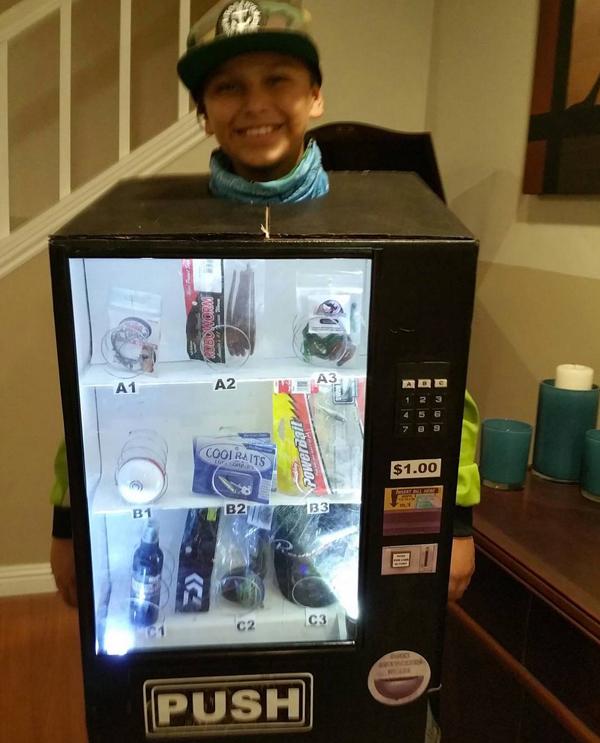 12) Paul Zykan decked out his Lund for the kiddos. Looks like they’re biting: 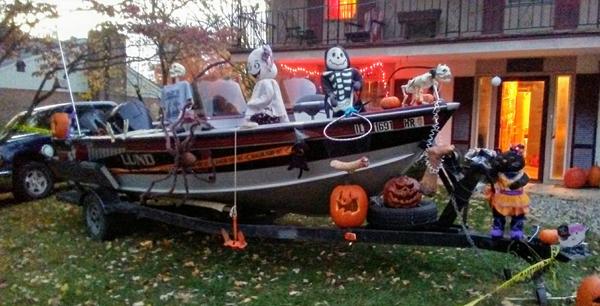 13) Protecting our resources one juice-box at a time. Love it lil’ man! 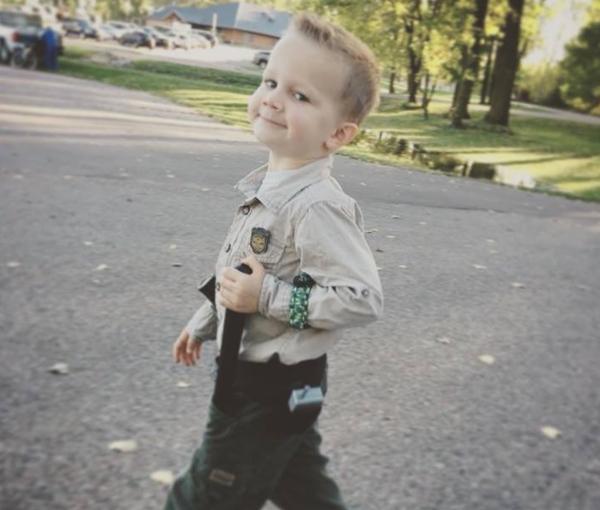 14) The look guide John Pollock makes when you say he can’t go fishing: 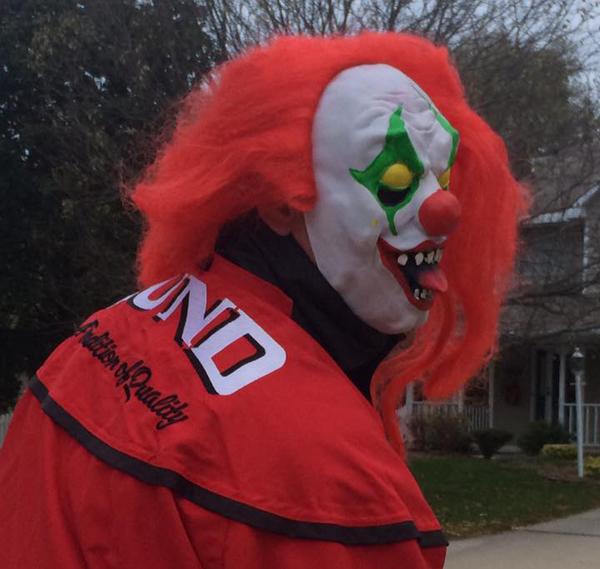 15) Corey Clark of Mixin it up Outdoors hooked up 17-month-old Leland with his first Ranger. Decked out with a MotorGuide Xi5 and a big-boy Merc Pro XS. Heard he can dump her in using his mirrors (take note over-the-shoulder-lookers) and is already winning local daycare derbies: 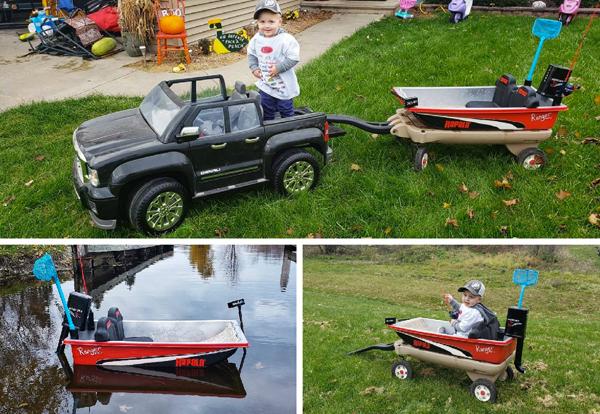 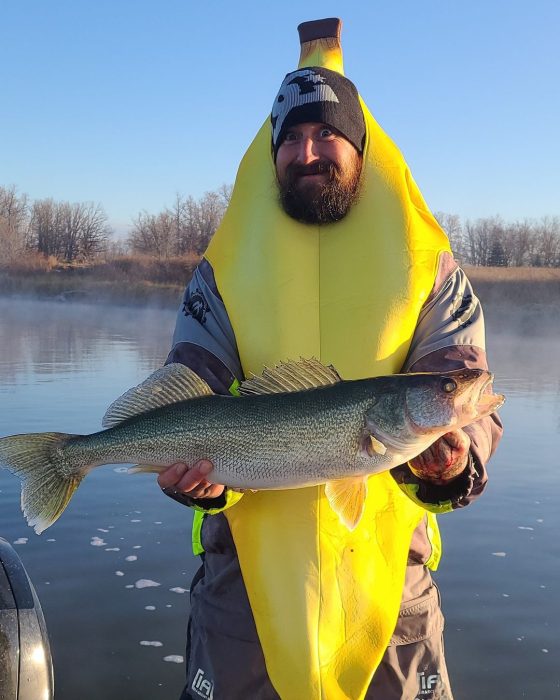 17) Make sure you stop at any houses that carve up their pumpkins like these…. If they’re willing to cut Hummimbird and Minn Kota logos, they’re also probably diehard enough to pass out baits instead of candy corn: 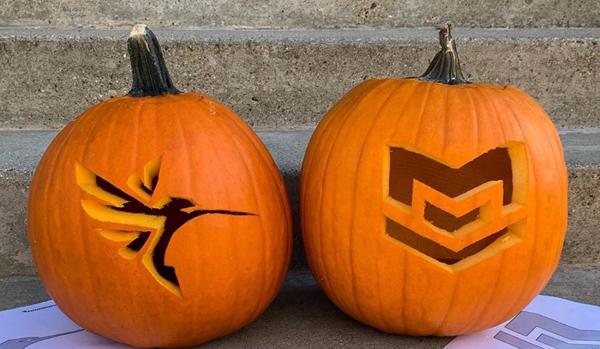 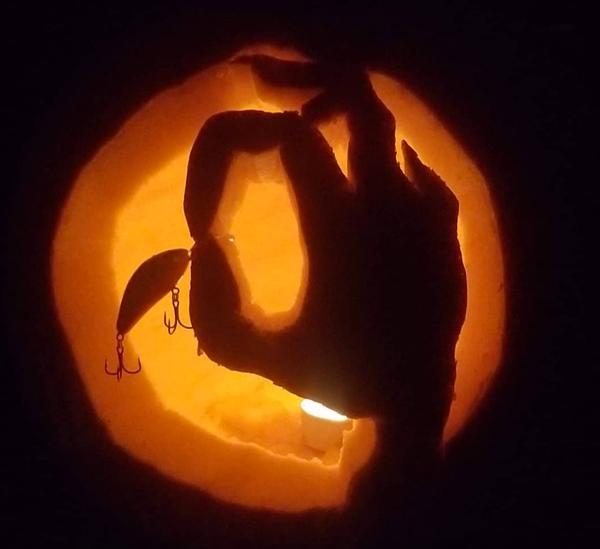 Got your own fishy Halloween costume? Send in those pics! Thx for reading!!