Had the chance to borrow a 21′ Yetti Traxx Edition (toy hauler) last weekend for a little family getaway. I was super pumped [!!] but gotta admit I was also crazy nervous ‘cuz I had never towed anything that big before! I mean I’ve pulled plenty of 16′ and 17’ wheelhouses with my half-ton truck…but never anything like THIS:

Was shocked to find out it pulled like a freakin’ dream! That would of course make sense if I had a 2500 or big ol’ diesel…but a 1500 gasser?? Had zero issues during our 4-hour round trip or the 3 days we spent on the ice.

Get this: Yetti Fish Houses are on the aluminum-frame diet and weigh ’round 20% less than similar wheelhouses. If my math is right = means they cut 800-1,200 lbs [!] off depending which model you’re lookin’ at. Can definitely feel that in the towing department.

Another thing that helped reduce my anxiety levels: Had a rear observation/backup camera — believe you can get ’em on all 8′-wide models. Legit lifesaver for parking and maneuvering in tight quarters: 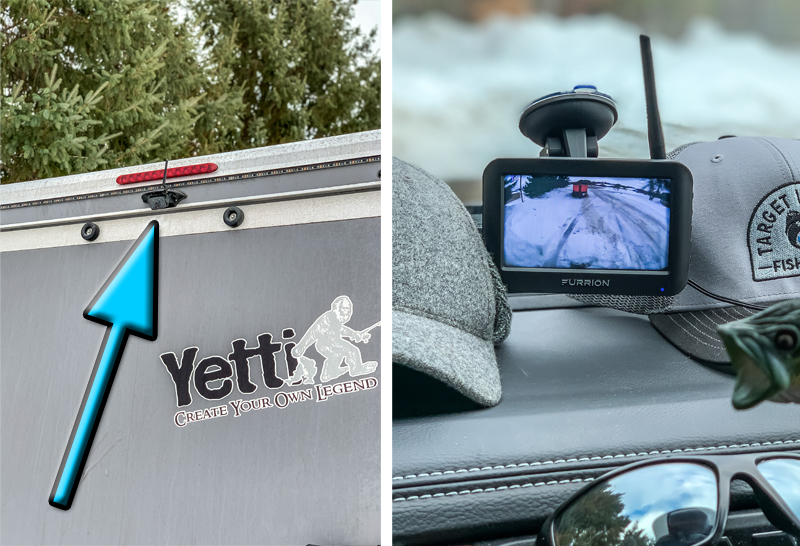 Main reason I was so pumped to borrow this Yetti, is ‘cuz it was really the first time our ENTIRE family has gotten out together since we had our 17-month-old daughter Maisie. Not sure how else you can get ’em on the ice when they’re that young.

Let’s just say Maisie made herself right at home in no time: 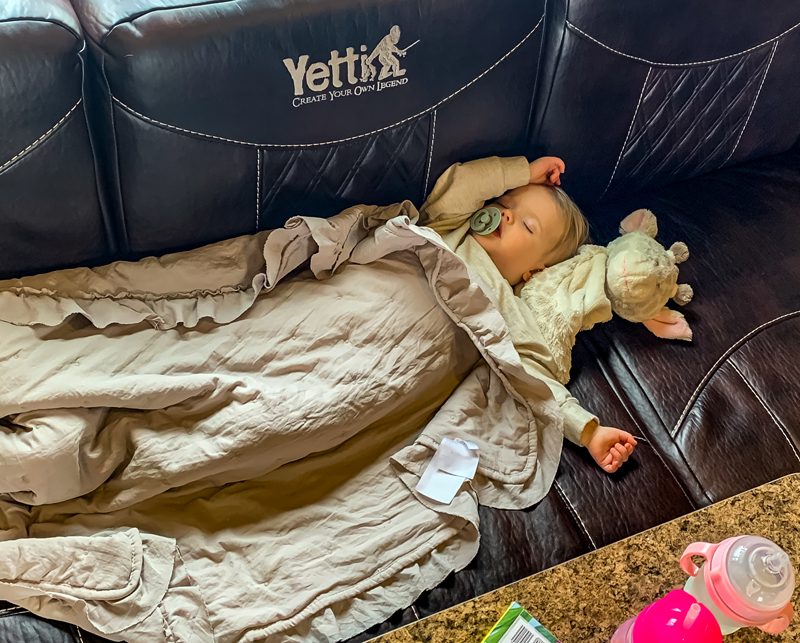 Couldn’t believe we picked up like 50-ish TV channels out on the ice when I can’t get 1 local channel living in town (WTHeck). Maisie for sure appreciated the early-morning cartoons with breakfast, but I was more into this picture-in-picture: 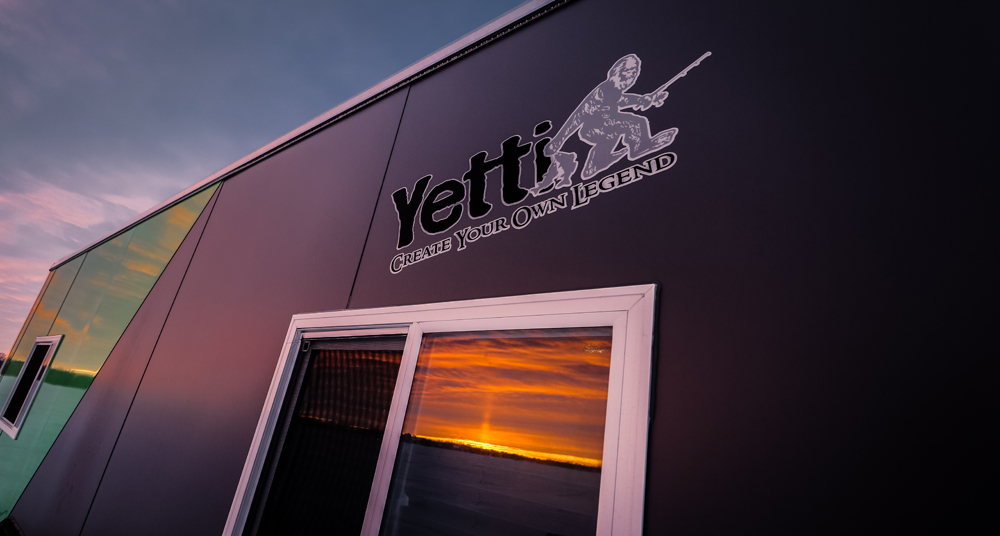 Though the view through these other 10 “windows” was sometimes just as good-er: 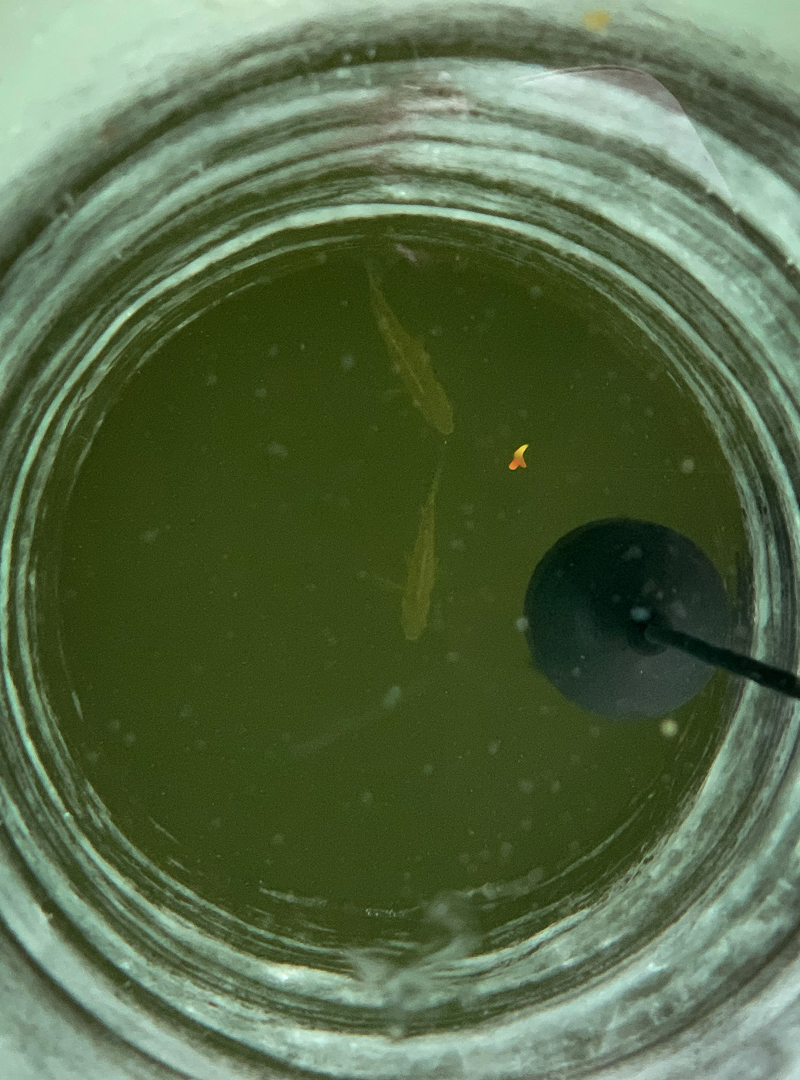 Oddly enough EVERY single one of our fish came suspended just 3-4′ under the ice even though we were in 16’+. Occasionally see that with crappies (especially late-ice when things start to drain back into the water) but not normally this time of year or with bluegills really ever? Only thing I can think of is maybe there was already a lack of oxygen down under…? Who knows.

We caught some slabs jigging with smaller 1/16-oz Northland UV Buck-Shot Spoons tipped with euros. Most of our bigger crappies engulfed a fathead minnow on a plain hook soaking just 3-4′ under the ice on a Catch Cover Rattlesnake Reels — man did I miss the sound of that “ding, ding, ding!”

No surprise my wife Amanda had the hot hand, catching the first/most/biggest/last crappies of the trip — what’s new?! 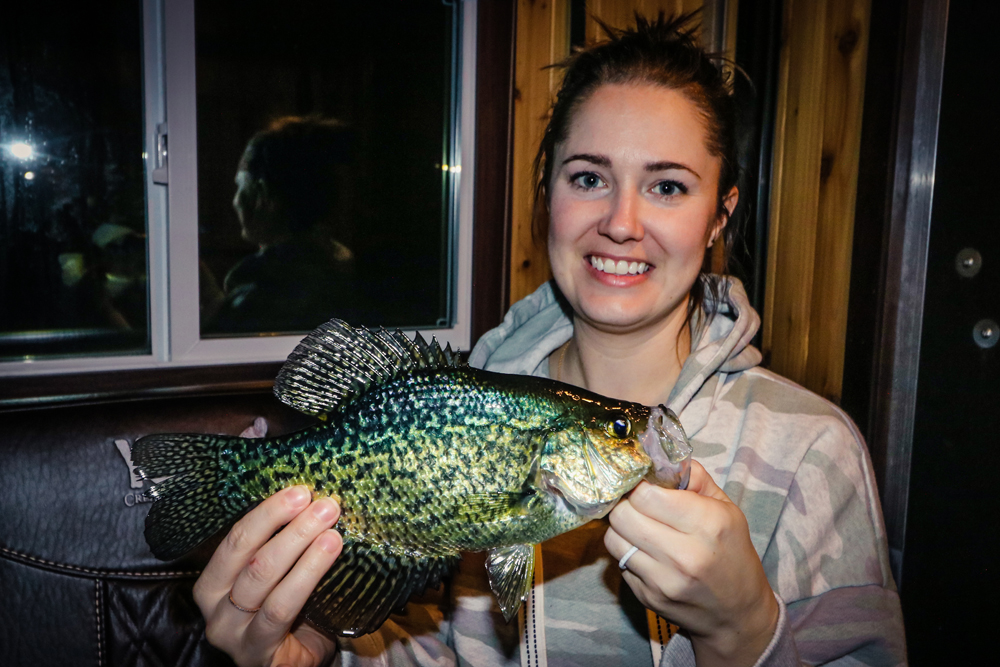 And ya can’t have late-night rattle reels without a cup of high-octane bean juice to kick off the morning! I had never made coffee with a French press before, so Jeremy Smith’s vid on how to make coffee in a wheelhouse WITHOUT a generator was #money! Nice when you don’t feel like being “THAT guy” who wakes up the entire shack or neighboring fish-heads: 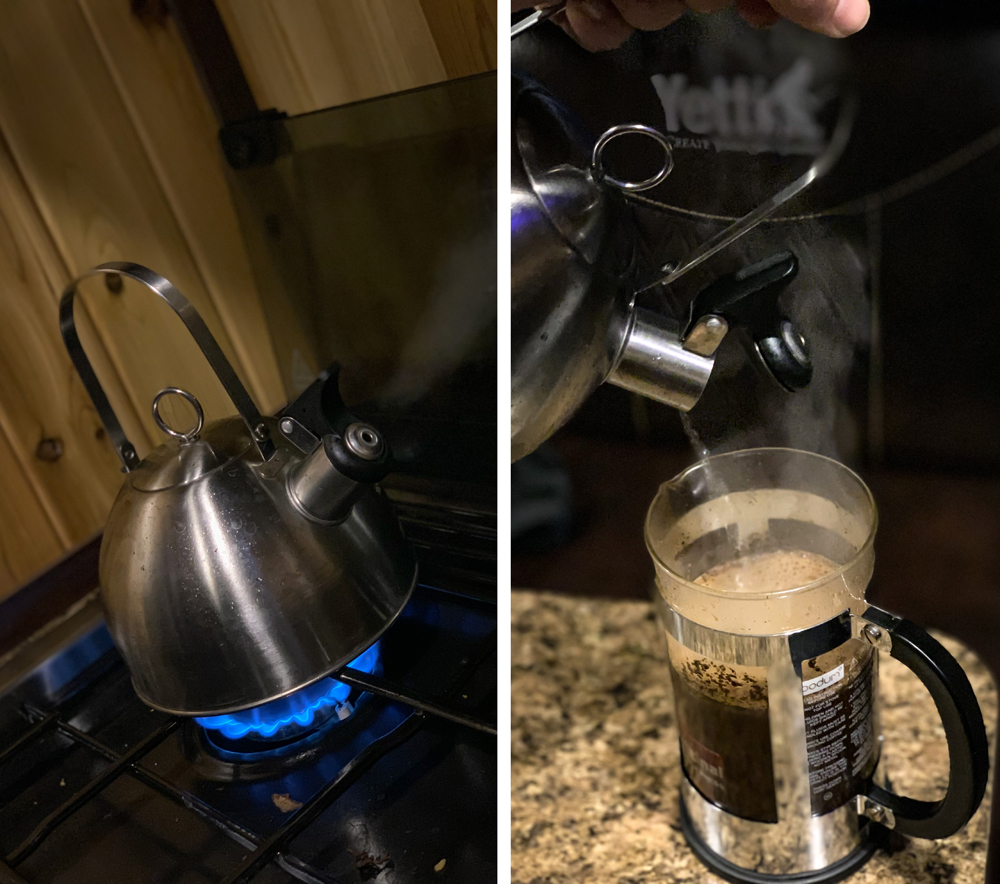 Btw gotta shout out those Catch Cover Safety Covers too. My kiddo is fearless and for sure would’ve done one heck of a bobber impression without ’em. Even caught myself accidentally stepping on ’em a handful of times = saved me from wet Crocs!

Whole fam seriously can’t wait to get back out in that “shack” again. We legit even slept in it while parked in the driveway one night lol.