During a wild – and rare –feeding frenzy of 18-22” walleye, I boated 4 nice eyes in as many minutes (envision the Benny Hill theme music). Then I hooked a “small” that I skipped in on the surface…immediately cast back behind the boat and turned to untangle my other lure from the net – fishing in a two-rod area. With my head buried in the net I heard a splash from the direction I’d cast my other stickbait. I cursed under my breath, “Dang rainbow [trout] took my stickbait off the surface.”

Just as I grabbed the rod it took off screaming drag and I thought, “big northern.” But then it switched direction on me, spun me around in my seat, and in just 2 seconds it was on the other side of the boat!? My line was up high…I figured it was tangled in the tall anchor light at the back of the boat. I flipped on my headlamp to see my line not tangled in the anchor light but leading up into a tree.

I scratched my head in confusion, gave the rod a yank and out plops an owl into the lake. YOU’VE GOT TO BE KIDDING ME! I drug it to the boat…yes, it was peeved! Somehow it went calm and allowed me to cut the hooks and release it mostly unharmed. And I still had all my fingers! You should’ve seen the Michael Phelps butterfly stroke that owl did getting back to shore. Wow, had no idea owls fished but that’s the only explanation for it taking a stickbait off the surface. 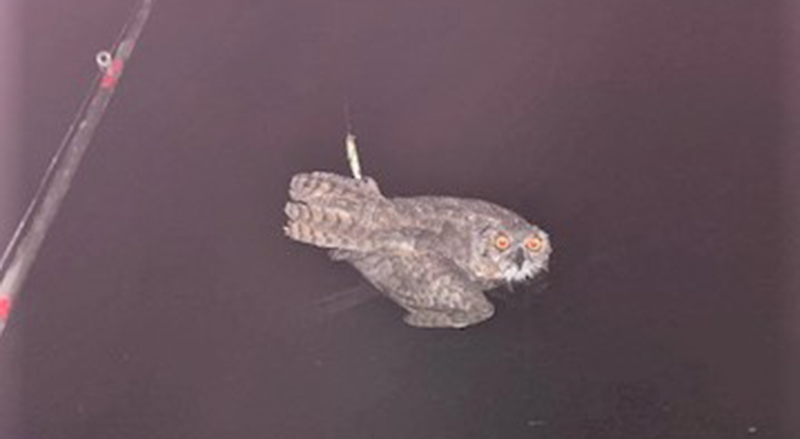 On the full moon a couple nights later, I’m one bay over from the owl incident fighting to control my boat in heavy chop. I was fishing alone in the dark less than a boat length off a near-vertical rock shore. Incoming waves pounded my tiller boat toward shore and rebounding waves coming off shore sloshed me back. It was messy.

Just then my phone rings and it’s Target Walleye co-director, Jim Kalkofen. He was fishing another reservoir about 40 miles from me in a chain of small Missouri River Reservoirs in central Montana and wanted to compare notes. “What’s the racket,” Jim asked, “sounds like you’re in a washing machine.” “Yeah, I’m in tough conditions right now Jim…hooo, there’s a fish, no kidding and it’s a big one. I’m tight to shore…gotta go, I’ll call you back.”

So though native American mythology attributes bad vibes to owl encounters, my week-of-the-owl went pretty well. Jim had some fine fishing too!

BTW, fall nightfishing has begun! Grab your stickbaits and go! 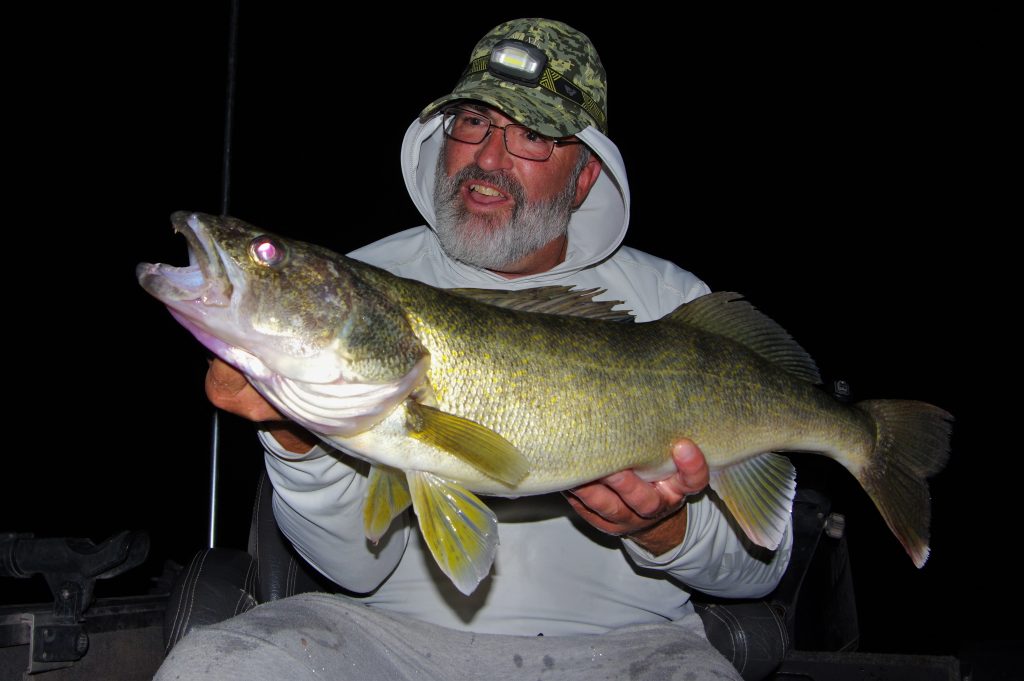