Think of zander as the muscle-bound, European cousin of walleye that grow to stupid-dumb-big sizes across the pond. Honestly still can’t get enough of ’em because 1) they’re neat to look at, 2) it’s fun to imagine walleye growing THAT big, and 3) I want to catch one or seven someday.

> The ND Game and Fish Dept stocked [a lake] with 180K European zander fry and 1,050 fingerlings in ’89 after failed attempts in ’87 and ’88. The state scrapped the program in ’90 because of concerns from neighboring states MN, SD, MT and the province of MB.

Still a very small population in there, but they are reproducing successfully. Actually saw quite a few caught outta the area this spring, but nothing of THIS caliber… 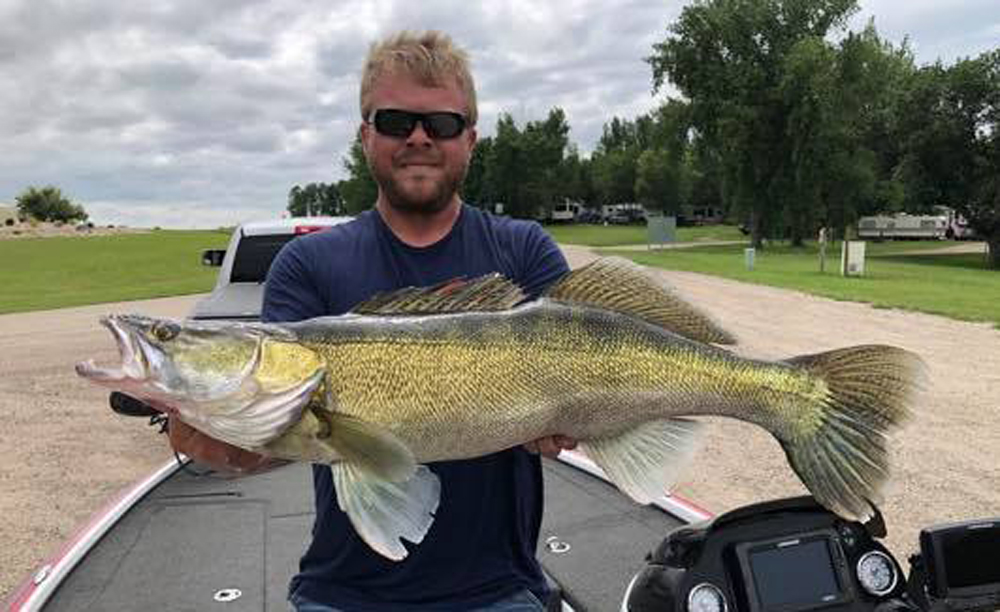 Yup, she was weighed on a verified scale…thought the price-per-pound woulda been higher (lol): 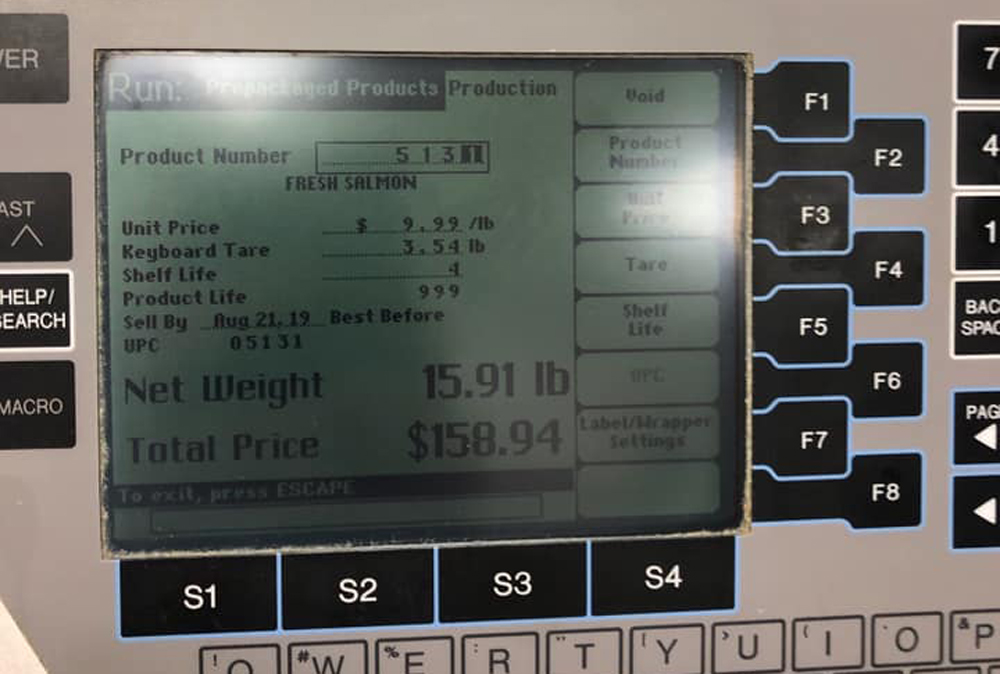 Was caught fishing an “outside weededge in 10′ for smallies with light fluorocarbon and a small jig.”

> “Bit light like an 8″ perch…reeled in like a wet grocery bag…pulled 10′ of line out one time while I was grabbing the net.”

Fluke or not, how freakin’ cool is that?

Can’t get over its massive broomtail and those vampire-esque chompers: 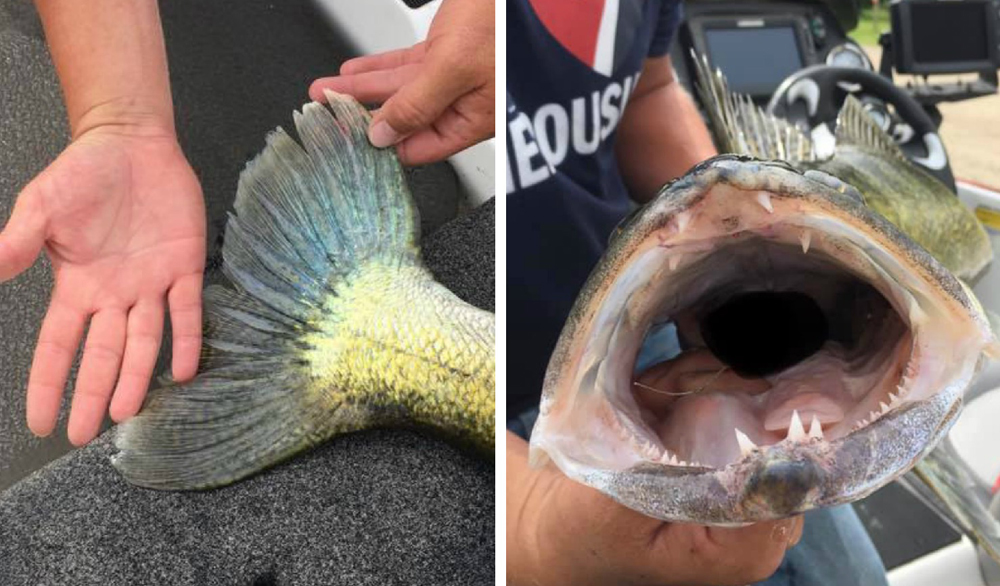 Here’s a couple alternate angles we got from Sam that you maybe haven’t seen floating around the interwebz: 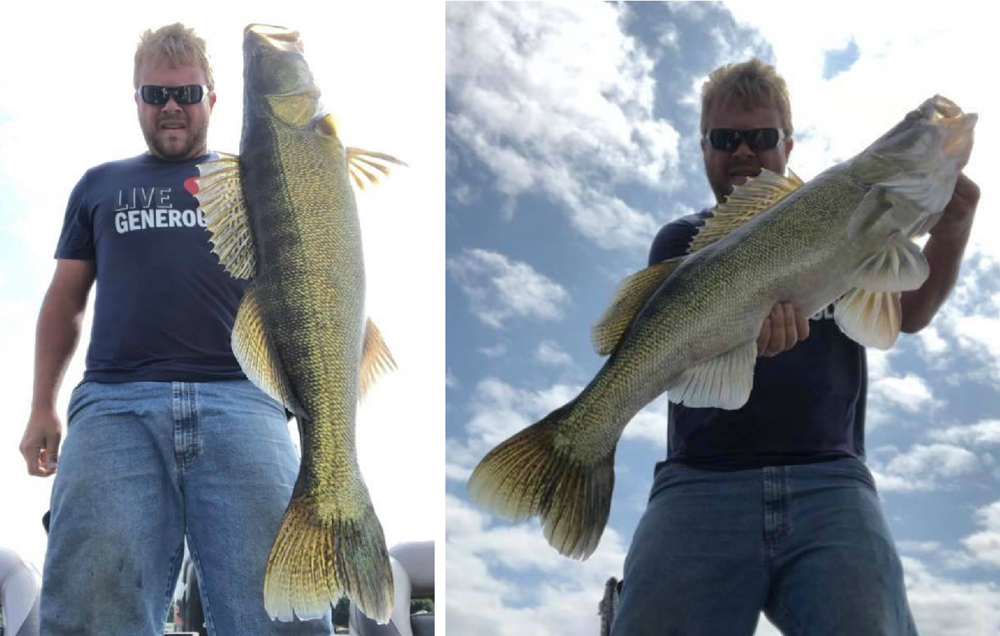 Pumped for you man [!] but definitely a little jelly: 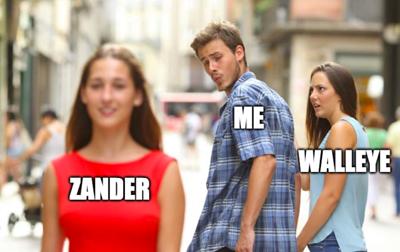 Did some digging and found out the previous ND state record zander weighed 11-03 (32”). According to Game and Fish’s Whopper Club database it was caught Jul 17, 2013 by Christopher Sayler: 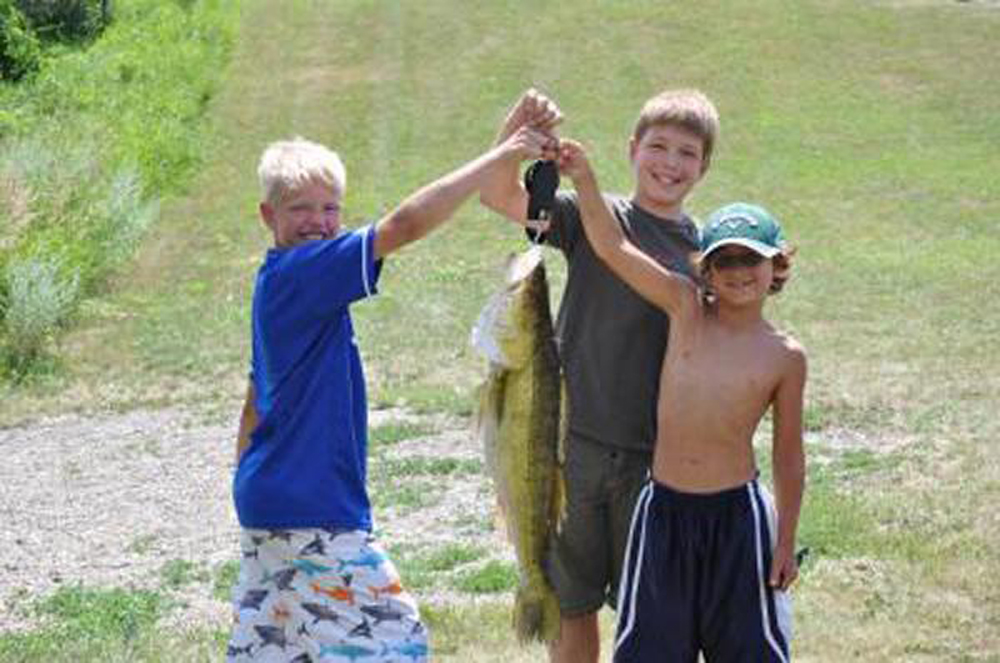 If you’re lucky enough to catch one of the few remaining zander on this side of the big pond, I strongly urge you to practice catch and release…give somebody else a chance at catching that fish of a lifetime! Especially true in the spring when zander congregate for the spawn and can be easier to specifically target….

Also…I wanna catch a zander as bad as the next guy/gal…but want to make sure you know that we would NEVER condone playing “bucket biologist” (moving or planting fish) because it’s highly illegal and totally irresponsible. We have no way of knowing the long-term effects if they were to get into any other lakes/rivers…though with any exotic species it’s usually negative….