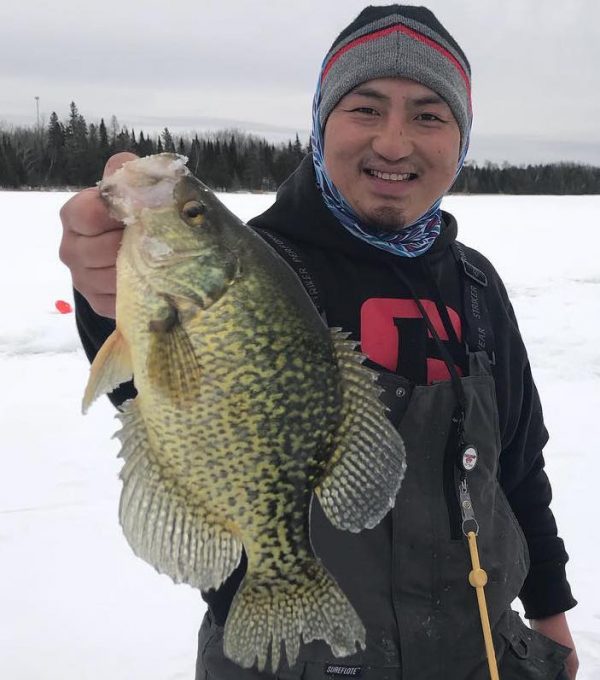 We all look forward to that first month of ice…it’s a great time to “knock the rust off” and put that new gear to use.

Problem is early-season panfish can be scattered and not “set up” yet. Sure you can pluck one here or there, but dialing in that first reeeeally good bite can be frustrating….

Why I reached out to Ice Force pro and panfish guru Kee Kong to get the low-down on his early-season plan of attack for big pannies:

> Kee: “I think my early-ice approach is a little unconventional compared to some guys, but getting away from the norm seems to pay off.”

Instead of spending a lot of time drilling out vast weed flats or basins, Kee looks for sharper break-lines that butt up close. Less drillin’ time = more fishin’ time. The best part: A lot of times ‘gills and crappies will be hanging close together. #2for1s

> “I really like the first or second break off weed flats in the 10-16′ range. The money spot is the break in between the weed flat and a basin. A lot of early-ice panfish are slowly transitioning to their mid-winter haunts, so this is a great ambush point.

> “A lot of guys will start right in the basin, but most of those fish haven’t moved deep if there’s still decent weed growth shallow.” 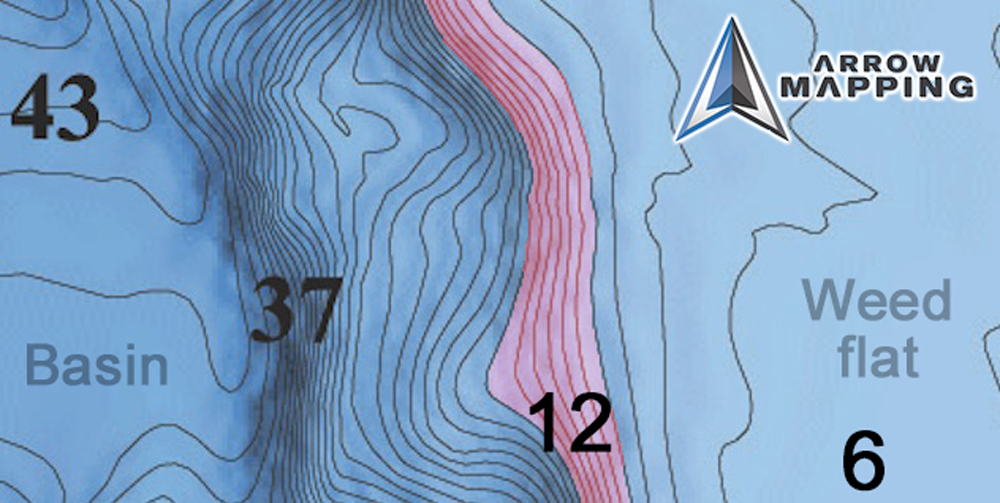 “The money spot is the break in between the weed flat and a basin. A lot of early-ice panfish are slowly transitioning to their mid-winter haunts, so this is a great ambush point.”

> “Even though I’m usually not fishing right in the weeds, the kind of growth matters. Cabbage is king, but in a lake with tons of it I’m looking for irregularities within — think milfoil or coontail.

> “Fishing this way is cool because as the season goes on you kind of get a feel for when the majority of the fish have vacated the shallow stuff and moved out into deeper basins.”

> “Lighter tungsten jigs like a 1/32-oz VMC Tungsten Tubby Jig are my go-to for both crappies and ‘gills.”

Couple reasons he likes the smaller tungsten: 1) Easier for fish to inhale, and 2) you can visually see “up-bites” better due to less pressure on the rod tip.

> “I like fishing plastics more than waxies or spikes early in the year because I’m in search mode…allows me to be waaaay more efficient.

> “My go-to plastic is a ‘purple’ Dave’s Wedgee —  super durable and has a nice subtle action.”

> “Purple is the deal — not a ton of true purple plastics on the market — but it can represent a lot of different things (minnows, bugs, etc). Crushes in both clear and stained water.

> “I run a 500-size Shimano Sienna paired with 3-lb Sufix Ice Magic mono…3-lb because it can handle bigger fish and saves time on having to re-tie.” 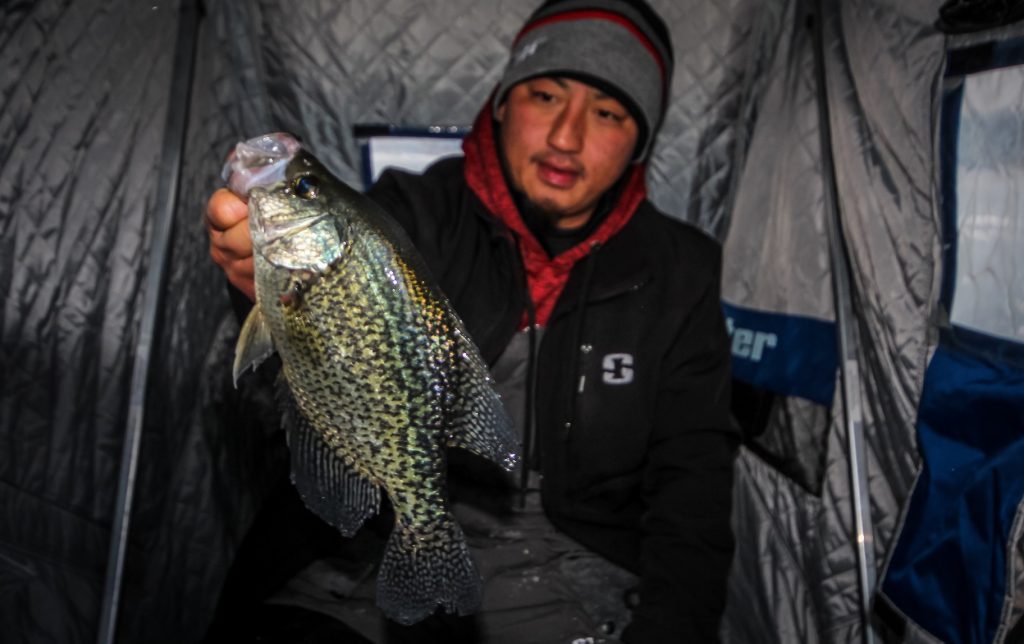