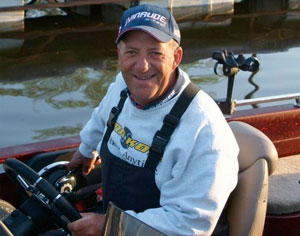 Ask most guys about sauger fishing and you’ll probably get the response “I catch a few when I’m fishing walleyes.” But…a majority of fishermen misidentify saugers as small walleyes, though trophy-size fish in the 5- to 6-lb class are often caught in spring.

Truth is, while walleyes and their cousins may look similar – and occasionally occupy the same river locations – they are way different creatures.

Sauger devotees will tell you that these brassy, streamlined machines attack baits with an amped-up, out-of-control attitude that can put ‘eyes to shame. While walleyes are inclined to torture us with subtle morse code, saugers bum-rush the party, punching baits in the face.

One guy who understands saugers is 2011 MWC Spring Valley tournament champ Tom Brunz of Madison Lakes, MN. In fact, it was Brunz’s sauger playbook that put him and his partner Mark Meravy in the money when dyed-in-the-wool walleye guys struggled.

For anglers just starting down the sauger path this spring, Brunz recommends keeping two things in mind: depth and current.

Like walleyes, saugers benefit from a physiological advantage for feeding in low light called the tapetum lucidum, a layer of special cells in the retina not unlike those found in raccoons, cats and other nocturnal animals. Saugers have more of these cells than walleyes, which make them even more sensitive to light and able to see in lower light — hence their preference for deep and stained waters.

“At just about any time of year, you will consistently find saugers deeper than walleyes,” says Brunz.

Since saugers largely inhabit river systems, deep is relative. Sauger location is entirely dependent on water levels at any given point in time.

“There’s no magic number,” says Brunz. “Just look for them deeper but close to where you find walleyes. During the spring you’ll find walleyes hugging the shorelines in shallow water – look for saugers in deeper pools adjacent to these areas.”

This is a great for anglers because saugers will feed actively into the day, not just at the optimum twilight walleye hours.

While walleyes favor gravel, rocks and sand, you often find saugers in siltier and muddier areas.

“Don’t be afraid to probe waters you wouldn’t fish for walleyes,” says Brunz. “Saugers are a lot less picky than walleyes when it comes to bottom composition. In the spring you’ll find them in rock, gravel and sand, but a lot of times you’ll want to locate those part-sand, part-silt-or-mud bottoms with current. Spawning areas typically involve some kind of grass too.”

Then once you dial in where they’re feeding and resting, it all comes down to presentation.

“Saugers like gaudy-colored stickbaits,” he says. “Purples, oranges, reds, pinks, yellows, chartreuse and all of those combined.”

While anglers and biologists and still unsure of what it is about these colors (or contrasts) that trigger sauger strikes, it’s become a staple of smart sauger sticks to keep a box of Easter basket-colored baits on the ready at all times. 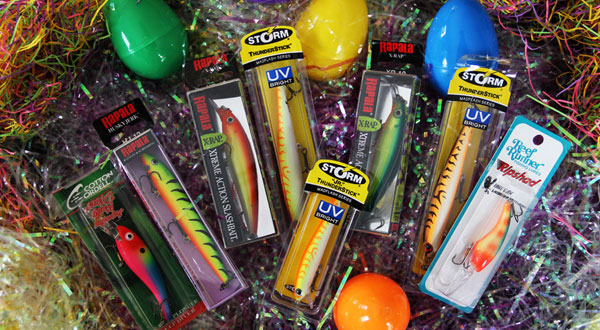 “I prefer baits like the smaller Storm Thundersticks, floating Rapalas and X-Raps in the strangest and gaudiest colors I can find. Don’t hesitate to try out baits that you wouldn’t consider using for walleyes. Saugers love ‘em,” says Brunz

Taking into account the sauger’s highly developed visual sense, Brunz says, “Biologists tell us that birds and fish see UV, which is good enough for me to start using some of the new UV stickbaits….”

More often than not, Brunz uses long-lining and pull-lining techniques that employ a 10-foot or longer trolling rod, 12-lb mono and 3-way rigging options for pulling stickbaits through the current.

“When it comes to rods, I’m using a St. Croix trolling rod that has some backbone because I’m using some serious lead to get the baits down deep and into the current.

“You really need that rod length because the first bait leader may be 10-foot or more from the 3-way swivel. The rod length makes landing and netting the fish that much easier.”

Depending on the situation and the regulations on the body of water he’s fishing, Brunz will employ any one of several 3-way rigging options.

“Where legal, the tandem floating stickbait rig is pretty standard. Simply attach your main line to a 3-way swivel, attach another run of mono off the second swivel loop to the first stickbait, a mono leader off the back of that stickbait to the second, and a 12-18″ mono leader terminated to a big heavy egg sinker off the third swivel loop on the bottom.”

While Brunz admits this rig catches fish, there is a better way.

“The only problem with the classic 3-way rig is that the first stickbait loses action when another stickbait and leader is attached to the back. That’s why I like to incorporate a second 3-way swivel and run two separate stickbait leaders. It preserves the action of both baits and invariably leads to more boated fish.” 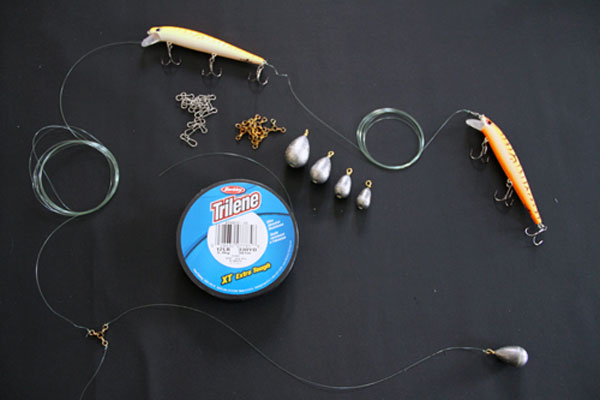