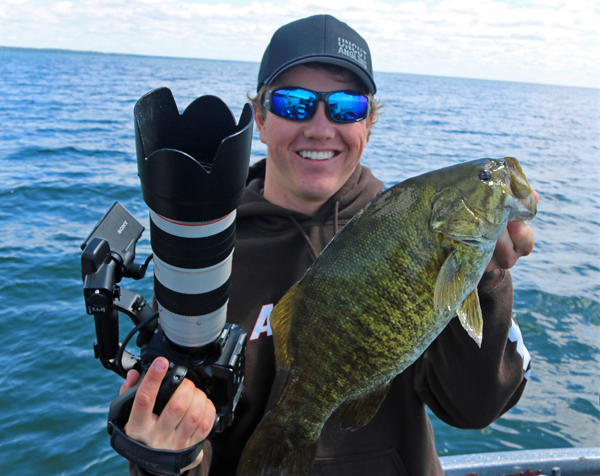 Jay Siemens is a big-fish junkie with an eye for catching fish through the lens. At 18 years old Jay got his first DSLR camera — now at [age barely older than that] he’s making a living taking fish pics.

He’s best known as the videographer for Uncut Angling but was a full-time fishing guide at SK’s Wollaston Lake Lodge before becoming a full-time shooter.

Jay was on his way down from Altona, MB (just south of Winnipeg and the land of the giant greenbacks) for an 8-day photoshoot with Alumacraft boats in southern MN. He sent me a message to see if I had an open spot in my boat.

If you’re like me then you’ve always wondered what it’d be like to share a boat with one of the Uncut Angling hooligans, so a spot opened up right quick!

Turns out he has a fascination with bass fishing. They don’t have much for opportunities to fish ‘em up there, so one of those grass is always greener type deals.

Funny seeing as we drive 7 hours up north to fish for giant walleyes on Lake Winnipeg and those guys just want to get down here on the little sloughs for some bassin’ action lol.

He also warned me that he comes with a lot of baggage in the form of camera gear — he for sure wasn’t kidding about that. If my cameras cost as much as a new vehicle I’d have them all wrapped up in different hard-sided cases too.

We met up in Brainerd, MN and had a little windshield time on the way to the lake, so I picked his brain on how he got to be where he’s at.

How it all started

> “I started out just posting a lot of fish pictures and always wanting to get better at them. I wasn’t sure on a career path, but knew I was interested in going to photography school and decided to go through the interview process — they only accepted 25 or so people into the program, but I was fortunate to get accepted.

> “Then 3 days before school starts — after I had already paid my tuition and rented a place in Winnipeg — Aaron Wiebe showed me a pilot of the 1st episode of Uncut Angling and asked me if I was interested in dropping out of school and filming a fishing show. I knew it was ground level, but something I wanted to be a part of. A week later we hit the road and started filming.”

14.3 million YouTube views later I guess you could say things worked out!

That’s the how, here’s the why.

Challenge is right. If you think landing a 5-lb smallie is a high-pressure situation, try being handed a $12K camera and told to take a picture of a person who takes pictures for a living.

Talk about a wizard on the photog-machinez — it was fun just to sit back and watch him work his magic behind the lens. More often than not he was putting down his rod to grab a camera out of his arsenal — yet somehow still managed to outfish the rest of the boat. 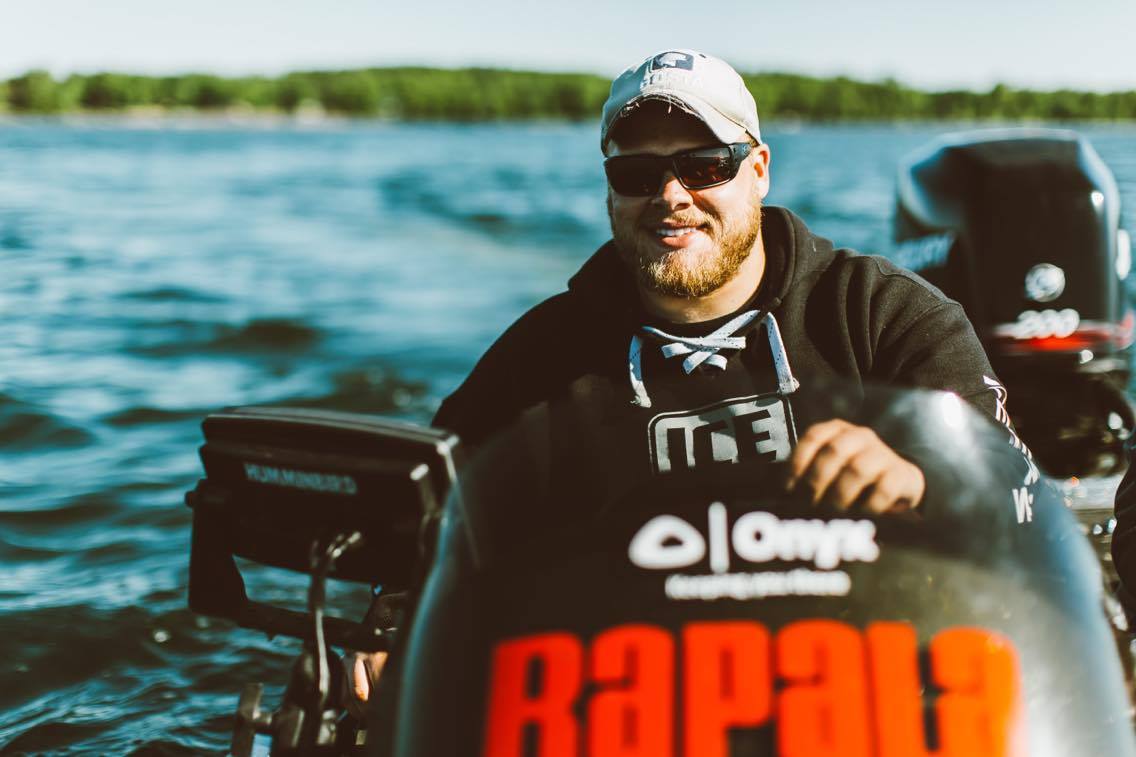 Not sure I’d even put down my rod for a crisp $100 bill when there’s bedding smallies posted up below the boat, but that’s straight-up what he loves to do.

When he’s not behind the camera

When Jay’s not behind the camera he likes hoppin’ jigs for walleyes best — pitching jigs tight to shore and shallow.

Basically he likes to bass-fish for walleyes. Which only makes sense since he made the trek from Winnipeg all the way down to MN just to fish for bass….

All across the world

Whether he’s in Africa snappin’ pics of lions and catching fish we’ve never seen before, or chasing polar bears in Churchill, MB — you can follow along on Jay’s adventures here.