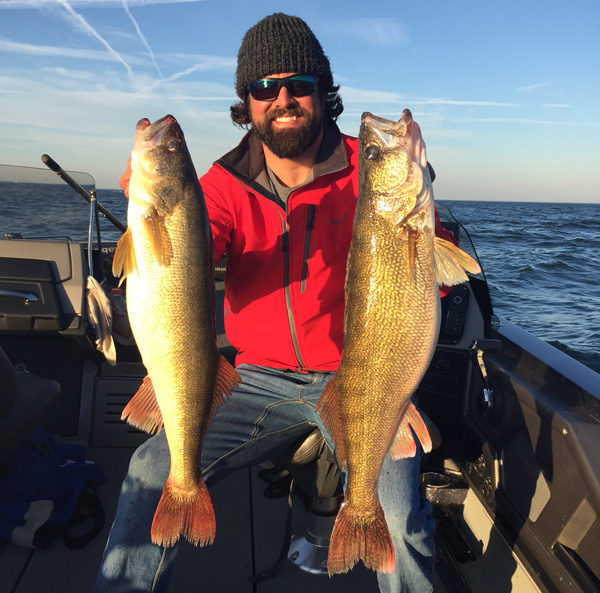 Fishing partner DJ Pinney and I hit the road the road on Tuesday, Nov 15th — loaded up with more Rapala Husky Jerks, Reef Runners, Bandits and P-10s than any human should possibly own. The reports we were getting was that the bio-mass of fish was located between Vermillion and Huron, so we had a pretty good idea of where to start.

The only info we didn’t love hearing was that there was a ton of little fish out there, and that we’d have to be doing a lot of sorting through 18-20 inchers just to plug a big girl (something I’m not used to out on Lake Erie). We also heard that Bay Rats were picking up some fish as well. A Bay Rat?? What the heck is that?? We looked at each other with a puzzled look, immediately Googled them and mapped out where we could pick some up.

The first two days out there were spot-on to what we were hearing. Water temps were in the low 50s and light winds from the South — well, “light” for Erie!

We pounded the walleye using a combination of Rapala Husky Jerks, Reef Runners, Bay Rats and the traditional Lake Erie playlist of classic West Coast rap music outside of Vermillion in the 40-43′ range. Going along at 1.6-1.8 mph, the fish were constantly coming high in the water column, but also right off the bottom. 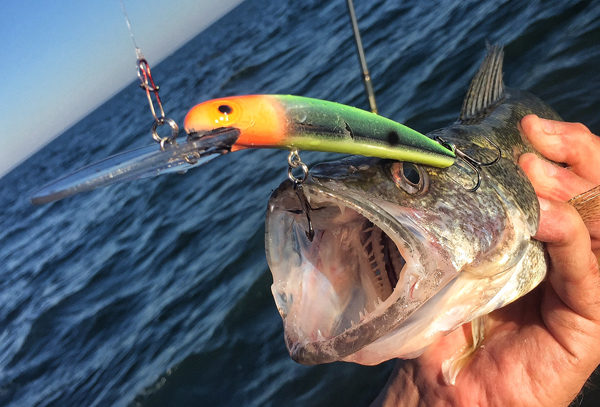 No rhyme or reason, doubles and triples, they were everywhere. We did get and occasional 24 or 25-incher, usually on the high baits. The rumor about these Bay Rats was spot on — 75% of our fish were coming off of ’em. It’s a pretty cool smaller profile bait, with a wicked tail kick…and what’s even better, they’re completely made in America! 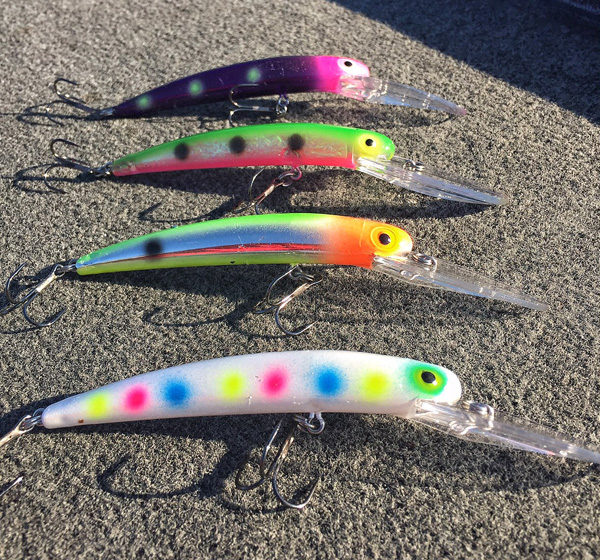 We left the water perplexed each night, as this was not what we were looking for. Catching over 30 fish a day is great for filling up the freezer — and sure is fun — but we wanted board-sinking tanks on the end of our lines. 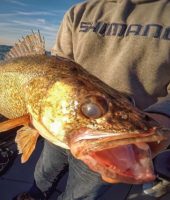 On each trolling pass I do, I have a habit of dropping a waypoint on every fish I caught on my Humminbird Helix units, but I give every tournament caliber fish a different icon. This helps me detect patterns within the school of fish, as I’m a firm believer that fish of similar quality tend to school together (within reason, of course).

Upon looking at the data from the first two days, a pattern was starting to emerge: All the bigger fish were consistently coming off of the South end of the massive school out there. 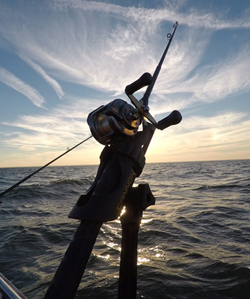 So on our third (and final) day we formulated a new plan, moved Southwest into 37′, changed the playlist to some 90s alternative rock and pointed the boat Northeast. It took about 10 minutes and the high Bay Rat running 30′ behind the planer board plugged an 11-lber (29.5″). Then another 9-lber about an 1/8th of a mile further into the pass.

The fishing didn’t consist of the constant action we had out in the deeper water the first two days, but the quality we were looking for was there. Ended the day with 20 fish and an 8-lb average — more than enough to keep us happy for the drive back!

A lot of amateur anglers overlook the information that ones waypoints can given them. Pay attention to exactly where your bigger fish are coming from within a particular school of walleye. Chances are good that there are more than just one in that area. Data doesn’t lie! If you really looks at it, a pattern will usually emerge that coincides with what’s on the other end of your line. 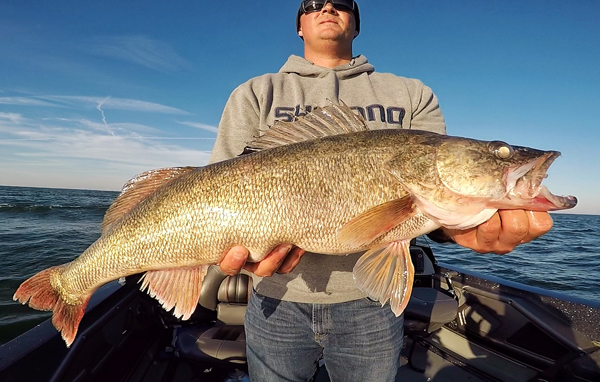