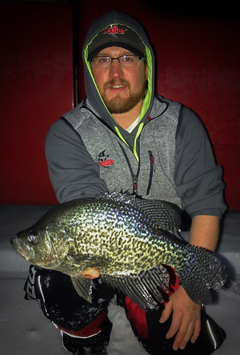 Nothing’s more frustrating than hearing about a good day-time bite while you’re stuck on the clock….

Let’s face it: Work seeeeriously cuts into fishin’ time [crying emoji] but without it you couldn’t buy that basket-full of new baits…or pay the mortgage lol.

What you might not know is some of the best hardwater crappie fishing takes place about 45 minutes after everyone else has already packed up.

TW’s Will Stolski tracked down MN-metro native Matt Waldron to get the scoop on after-dark crappies. Dude spends a pile of time on the ice — especially during workin’-man’s hours — and has a soft spot for some salt ‘n pepper:

> Matt: “I started pursuing this deal simply ‘cuz I couldn’t fish during the week until after 4:30 (work gets in the way) and I wanted to spend more time on the ice than just the last-light bite window.”

> “During early-ice I’m looking for larger weed flats in 6-10’, specifically areas that have coontail and milfoil mixed together. Mid-winter I’ll fish the same areas, but a little deeper (10-14’). Seems like the mid-winter fish like having access to deeper water, so steeper breaks are better…or depressions in the weed flats.” 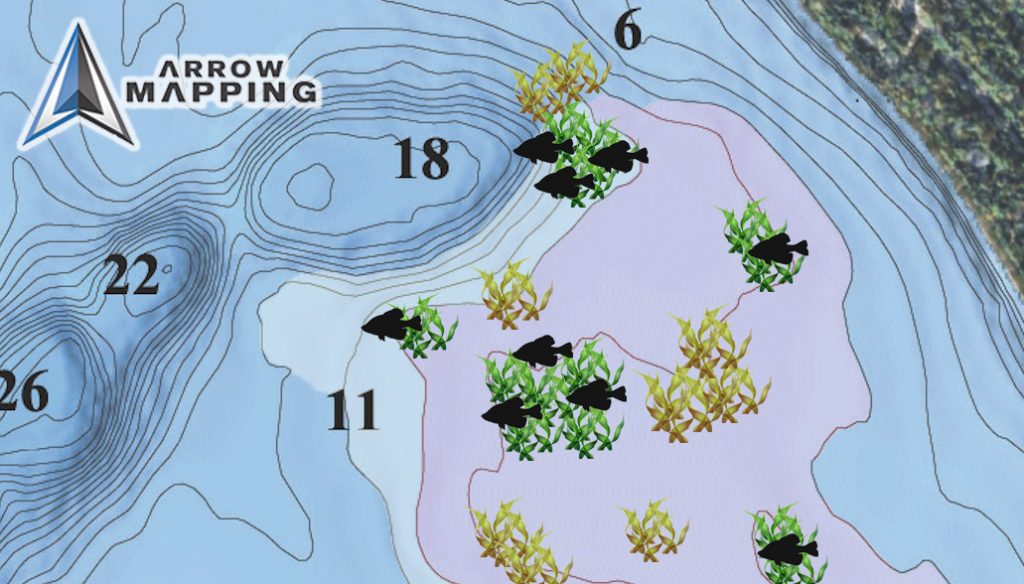 > “Regardless of the time of season, finding the living green vegetation is key. Don’t waste your time on the dying or dead stuff. Living weeds give off oxygen which equals bait and fish.

> “I drill out a grid pattern over flats about 5’ apart from each other, sometimes can visually see weeds otherwise I check [each hole] quick with my Vexilar.

> “Start by fishing the sparser weeds first (easier to read on your unit), then move to the thicker clumps if you don’t get bit.”

> “Beefed-up…big crappies will dog you into the weeds and break off if you get too light on your gear.

> “4-6 lb mono spooled on a 1,000-size spinning reel…don’t like using inline reels for this because I feel like the drag systems aren’t quite there yet to pull big ones (14- to 16-inchers!) out of thick cover.

> “I use a 1/8-oz Clam Blade Jig or something similar like an original Demon — any color as long as it glows, and has white or chartreuse in it.

> “These weed crappies are usually eating baitfish — not bugs like basin dwellers. I tip my jig with a full crappie minnow hooked through the back.”

> “Big sweeping jig strokes (2-3’), letting it free fall on the way down — gotta get their attention. When I do mark a fish, I speed up my cadence into quicker and shorter strokes. If the fish react negatively I’ll switch to a complete deadstick.

> “Sometimes I have to tighten up my ‘calling’ strokes in the real thick weeds.”

> “Pre-frontal days are my favorite. Typically if I can get out within a few hours of a front moving in is when I catch the biggest ones.

> “I think the moon phase plays a big role in early- and late-ice situations. Full or new moons seem to fire them up more than any other phase.” 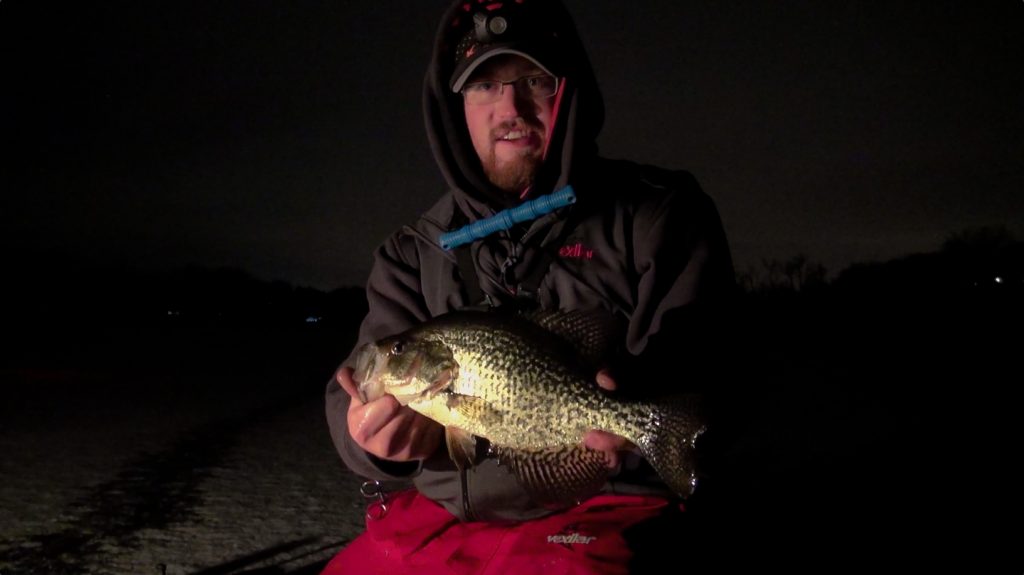