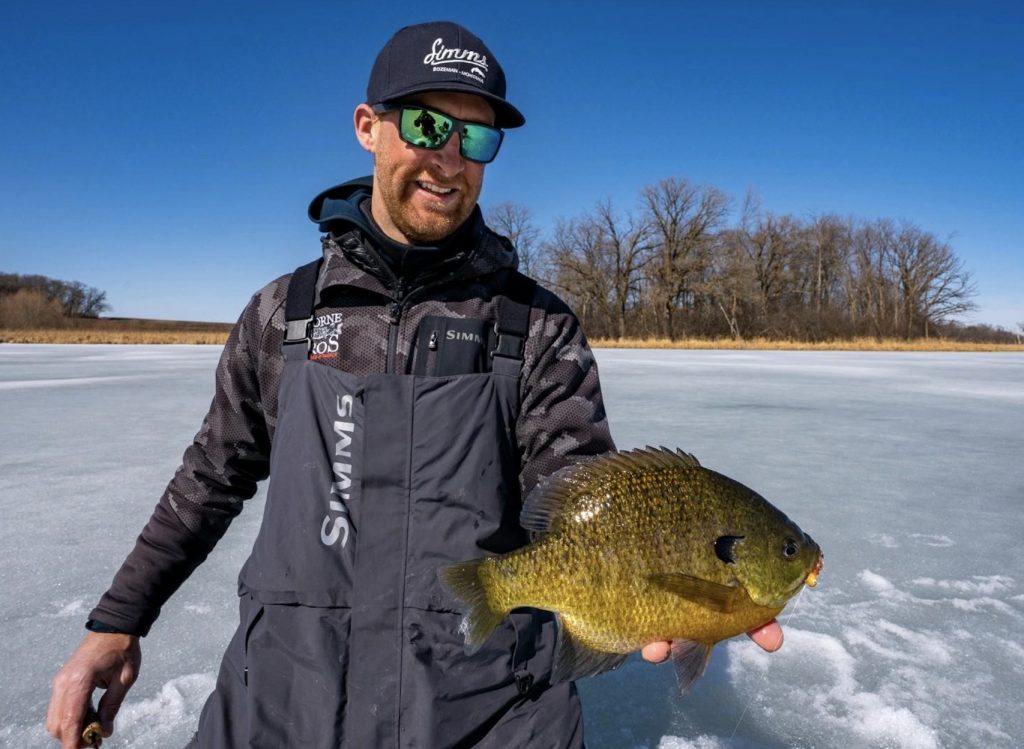 First ice might be your best opportunity of the year to catch truly huuuuge bluegills. Here’s how (and where!) big-fish junkie John Hoyer targets ’em when things lock up, and it’s likely not where you’d think:

Most folks zip straight off to the weeds…while Hoyer runs with the bulls 😏 in 15-30′, focusing on soft-bottom basins that flatten out at the base of a saddle or shelf:

> Hoyer: “They’re out on deep flats that have bug life going on — especially the trophy-sized fish. They’re following the food and not really holding to structure.”

When drilling holes, he starts in deep water at the base of a drop-off and moves OUT from there: 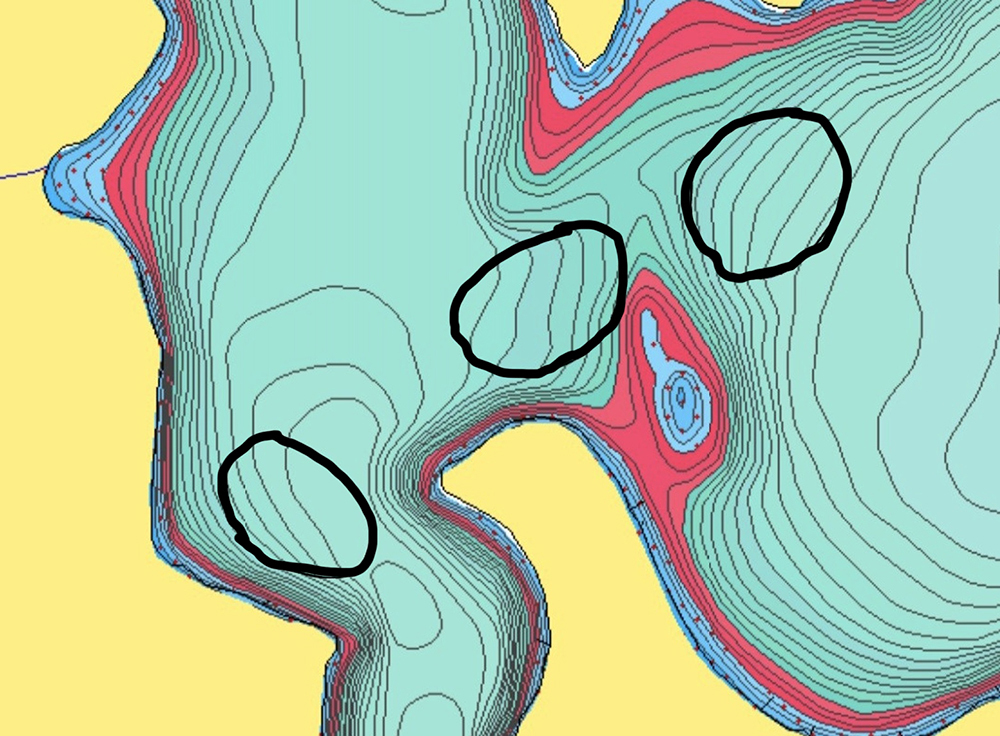 Bluegills are picky when a lake first caps. Hoyer says, “they’re crabby” and “it takes a week-ish for them to adjust to it.” When fish start actively feeding again, time of day is crucial:

> “Big bluegills will shut off completely for long stretches — you have to hit the feeding windows, which are usually at first light and then dusk into nightfall.”

Says you can NOT rule out a lake for big ‘gills until you’ve spent time trying to locate fish at lowlight dusk. He’s also a big believer in overcast days with a falling barometer = fish are more likely to feed all day:

> “That’s when we’ll make a long run to a known trophy lake. Other than that, it’s basically the 2 feeding windows.”

Any light rod combo will work — the key is a bite indicator, like a spring bobber or noodle rod:

Hoyer fishes 3-lb Berkley Trilene Micro Ice Mono, switching to fluoro (which sinks) in deeper water to boost the bait’s drop rate. And here’s why he says 3-lb is the deal:

> “4-lb is too thick, and 2-lb will lead to heartbreak on a hookset, guaranteed.”

Lure selection isn’t as meticulous as it can get later in the season:

> “I usually go with a 1/16-oz tungsten jig or a 1/16-oz spoon. I’ll tip it with a red Berkley PowerBait Whipworm or Mayfly, and I’ll always have a bait puck of Euro larvae on hand, too. The key is getting it down in front of their face fast when the bite is on.”

> “You’ll see them 2-5′ off the bottom. Sometimes, you can watch them compete for your lure on the flasher — that’s when you can really wail on them.”

Once he marks a fish, he moves his bait 12-18″ upward while quickening his jig cadence to mimic fleeing prey.

> “A 1/16-oz lure will be a thick red mark, like a fish. If I’m getting denied, the first thing I’ll do is downsize jigs. The smaller jig shows up as a thinner, green line, and that lighter frequency is the same thing that happens on a bluegill’s face. When the bite is tough, less is more.”

And if you’re lucky, you might just hit a dusk plankton bloom on some lakes, and then:

> “It’s go-time. It gets so thick you can’t even mark your jig, but that’s their food source. If you hit one of those hatches, the bite is usually good as late as you want to stay.” 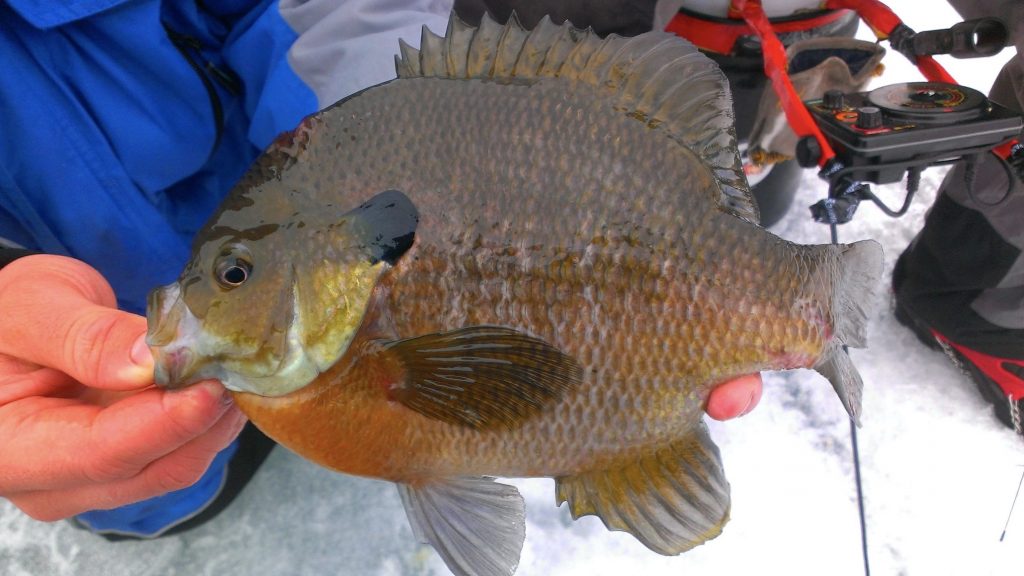